Hello yesterday i found this album https://www.youtube.com/watch?v=cm4-T-YlLPU and became in love with it;

it must be the studer 30 ips direct to dsd 256 that makes it so special;

the tape sound have something to the cymbals and piano that make it so sweet; i have never heard a native dsd 256 that sound in that way!

Dont make me wrong native dsd 256 recordings that i had heard sound fenomenal but i miss that tape sound special when listening to piano and cymbals;

@Buho try listening to some of the International Phonograph, Inc. (IP!) releases recorded by Jonathan Horwich to 15ips and 30ips reel-to-reel tape (1/2" though, not 2"). He’s now transferring from those master tapes to DSD256 for release through HDTT but listed under his IPI label.

Over the past 40 years, Jon has been making very high resolution reel-to-reel tape recordings of live jazz concerts. He works out of the Chicago area, but travels quite broadly to capture these performances. Wherever he can get permission to set up his microphones and reel-to-reel tape deck (15 or 30ips, 2-track), he’s likely to be there.

Some of the artists he’s recorded over the years will be unknown beyond the region in which they regularly performed; others are internationally recognized (e.g., Benny Goodman, Chet Baker, Chick Corea, Stan Getz, Clare Fischer, Joe Pass, Lee Konitz, Ravi Shankar…). But whether known or unknown, the performances are usually quite excellent as is the sound of the recordings.

The recently released Benny Goodman Live at Luxembourg, June 1980, is from one of his 30ips tape recordings made at the concert (here). It sounds amazing! 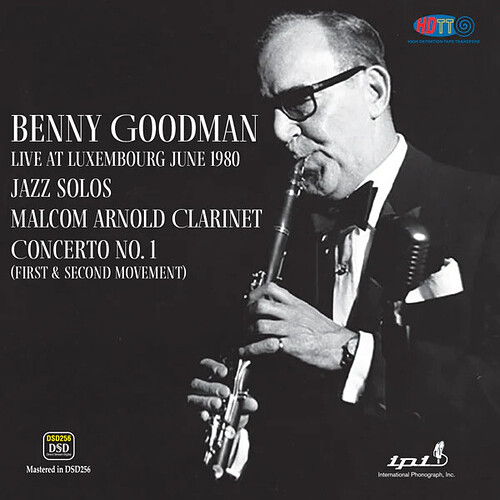 Another source for DSD256 files transferred from 15 and 30ips reel-to-reel analog tape (but again not likely 2" tape) are Hunnia Records, 2xHD, Yarlung, and Anderson Audio New York – all available at NativeDSD. You’ll have to sort about a bit to determine what’s what.

Isn’t it crazy that when we now arrived at the highest grade of digital recording format…for not so few, the best sound comes from a R2R tape, which when recorded by DSD256 sounds quite as good as the initial tape?

It makes me think, someone should think about what kind of sound humans really want to hear at the end and why.

Let’s see… How many manufacturers of magnetic tape are there still in production today? Two?

1 inch two-track rather than two inch. 2 inch is the width of 24 track tapes, just to point out how huge a 1 inch two track is. Quarter inch was standard for two track tape masters, half inch is jumbo size. This is nutty uber-bandwidth.

The Positive Feedback editor, Cookie mentioned today, who rightfully praises DSD…who heard, had and compared everything…his hole pride and where he invested a major part of his money is a tape machine…while others try to put it under the ground with quite some influencing efforts…crazy world. Good to have all of that available to form an opinion, choosing or using all of them. Great times.

Those DSD256 transfers seem to be the cheapest way to listen to tape. I’d be interested how the tape on a professional R2R compares to it….if all we hear is true, there should be no difference…except the tape costs around 500$ and a DSD download of it 1\20th

Let’s hope some big labels take over DSD recording…or at least publish their DSD archival copies of analog mastertapes…otherwise it stays a freak niche like R2R.

wow thank you very much !

for what i hear in the sample of the homepage it sound amazing and sweet as it should be;

o yes is so lovly have recordings like this!!

thanks i will chech!;

When The Levee Breaks (Music of Led Zeppelin)
Vanessa Fernandez 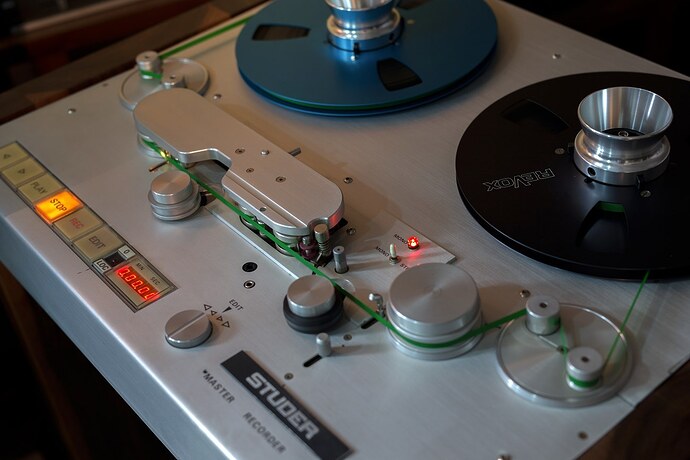 ps. for clarification of ips and inchs se this other thread:
https://forum.psaudio.com/t/inch-and-ips-explanation-in-recording-and-playback-on-master-tapes-and-reel-to-reels/30600

Again - 2 inch is the standard analog 24 track tape format (for many decades now) rather than the size of the Two Track stereo master. For example, for the Jacintha record you linked, “He recorded in Singapore on multi-track analog 2 inch tape and mixed in LA at LA-FX onto 1/2 inch analog tape at 30 ips.” The “2 inch tape” refers to the 24 track multitrack tape for the original recording. The Mixed stereo master in this case is on ½ inch at 30 inches per second. What they then mastered onto is not mentioned.