Thanks for the detailed response Galen! Everything you say confirms what Richard has said for years. I knew he was a smart guy, but for years people have questioned his stance on bi-wire. Even our own Paul McGowan has been a little fuzzy on the benefits of bi-wire. I’ve got Model 5s so true bi-wire is the way to go. I’ve been using true bi-wire Goertz MI-2 for several years and would love to step up, but the cost of high quality cables is a wallet emptier!

OK, more explanation. The REASON you may see good results with “lesser” cables on the bass, is that the low frequencies are more diffusion coupled (near the same current at all frequencies). The upper frequencies have to deal with less coherence as frequency related issues start to matter. All the stuff cable designers do, is to primarilly mitigate non linearities in the upper frequencies. DCR gets the low end satisfied, and all the rest of the fancy stuff is mostly for the upper frequencies.

The bass is a bad load to the amps, but easier for the cable, the treble is just the opposite, hard for the cable to move transparently but an easier, more resistive, load for the amp.

Does it matter? My ears say yes it does. This is why quatro will benefit MOST with the upper section using better cable.

So what about speakers other than the Quatro’s?
I have Von Schweikert vr-35’s. Would they also benefit from true bi wiring? The manufacturer does suggest this method, but I have discovered on other speakers I have owned, that bi-wiring doesn’t sound as good as a single run.

. . . the low frequencies are more diffusion coupled (near the same current at all frequencies).

You probably stated this before and I missed it, but this is fascinating. And I never thought of frequencies as hard on cable, but easy on amplifiers and vice versa.

I will see what we can do on the sales tax issue. Just remind me when the time comes.

Thanks again Bob! My hesitation at the moment is I have a new (actually it’s been five months) kitten which is a terror. I have my Vandersteens covered and unusable at the moment and I’m using some small NHT speakers so I at least have music. No sense in getting new speaker cables that cost many times the cost of the speakers!

Passive bi wire isn’t as effective as the, granted, more complex Vandersteen method with active cross overs and internal ampifiers. In passive bi wire you have a good deal of current in the bass leads, and far less current divided into the upper frequency leads.

The concept is to separate the current from the more sensitive upper frequency content. The back EMF of the bass section is REMOVED from the treble signals. But, the amplifier damping factor is still impacted by the parallel load.

One reason some speakers sound better with ONE lead set, is that the phase can change, or arrival timing, with two different load paths. This is why passive bi-wire uses the same leads for upper and lower leads is best, or even one set with jumpers.

The active Quatro sub inputs change phase ONLY on the very lowest frequencies, and are determined by the internal amplifiers phase response. Thus, you may not hear the same phase issues as passive bi wire.

Ha, understood completely. I have dogs and when a new pup comes into the house the destruction begins!! And, goes on for at least a year it seems. Please send me all of your contact info. Merry Christmas.

5 posts were split to a new topic: We have Critters 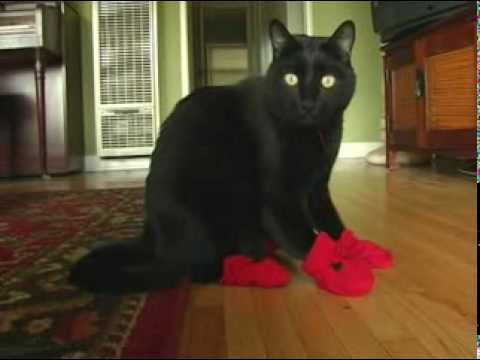 Just checked my tracking # again, and it looks like I’ll be receiving my 1 meter pair of OFE XLR interconnects today!

That will be another burn-in, Gary. We have to suffer for our art

Happy and more than pleased with my recent purchase of Iconoclast speaker cables (Insert here all the positive comments in this thread about quality and nuance of sound and break in time.), I’m curious about an Iconoclast Generation 1 cable as a digital AES/EBU interconnect between my Aurender music server and my integrated amplifier. As you see, I remain devotedly minimalist in my set-up. The designer mentions briefly the suitability of the Iconoclast for such a connection, but I’ve seen no confirmation from anyone who has put the Iconoclast wire to similar use. I would appreciate any opinion, positive or negative. My current interconnect is an Analysis Plus Digital Crystal.

My current pair of interconnects are definitely the weakest link in my system, and have been shown to greatly diminish the potential and resolution of my system. Upgrading them should make it much easier to differentiate and appreciate firmware updates, and other changes in my system. But yes, that means suffering through another burn-in.

I’ll be auditioning the OFE gen II between my DSD dac and BHK 250 amp. I’ll give it some time to burn-in, then post some thoughts.

In the application you described, the Gen 1 is the recommended cable. It was designed specifically under the AES/EBU specification and works best in “digital” applications. The Gen 2 interconnects are designed for optimizing “analog” applications. I have customers who use both in their systems. I believe you will experience a significant improvement over your Analysis Plus digital cable. You have no risk in making the comparison. You have a full 30-days to return our products for a full, no questions asked refund if you are not completely satisfied.

To MATCH reactive variables in RCA and XLR, each series is the same impedance;

The best theoretical DIGITAL cable reference is in parenthesis based on impedance. All cables work well for analog with the series two the best.

For digital the closest impedance match is theoretically best but, many have used the series one RCA (me included) for AES/EBU interconnects. Shorter cable can’t see the impedance match into a load too well until several wavelenghts fit in the cable at that frequency. That’s why I say, theoretically.

200 Mhz is 1.5 meters (standard interconnect length) in a vacuum. So ABOVE that frequency a 1.5 meter, 5 foot, cable just begins to act like a waveguide. ICONOCLAST are 87% VP so slightly lower frequency at 175 MHz with 5 feet cable. We don’t use interconnects long enough to be true RF transmission lines. The shorter you go, the less the cable is involved verses the connector.

The lowest frequency determines the minimum cable length (longest wavelength) to be a waveguide. At least 5x that length is needed.

Okay i had to drive to my local FedEx location to pickup the cables, because the address was incorrect on the package, but they’re in my system now. What’s interesting is, every new cable I’ve ever tried has sounded dreadful at first, until broken-in. The OFE GEN II sound good right off the bat. What’s also interesting is, they sound nearly identical to the cables I’m currently using, Supra EF1’S. I plan on letting them burn-in before doing any critical evaluations.

Question, the interconnects are going between my DAC and amp. Does the amp need to be on during break-in, or can it stay in standby mode, and still provide proper break in?

I hear more detail while watching Movies on TV, can’t wait till music