Hi there @Paul. Fascinating to hear you’re working on an external carrier for the Bridge II so it can connect up to, and be separate from, the DAC.

Would this allow users to get DSD 64 and MQA 192 unfolding like now, but without the noise from having the Bridge II inside the DS?

Are you able to say what connector(s) you are looking to use (I2S/coax spdif etc) to connect the two?

We are working on an alternative to the AirLens for people wishing to keep their existing Bridge. That’ll be a simple external box that accommodates the Bridge and uses a separate “wall wart” linear power supply. So, that alternative might be worth considering until the AirLens ships.

@Paul, I am certainly grateful that you are trying to meet the needs of your existing Bridge users (like me). I would like to purchase a DS Mark II but I am reluctant to do so since the majority of my listening is to files stored on my NAS and played via the Bridge. I don’t want to lose access to this music.

Even a relatively simple product such as a “Bridge box” will take some time to get to market (a couple of months? more?) So I’m still concerned about being unable to play my music if I order the Mark II now. And the fact that you are planning an external box for the Bridge suggests to me that the AirLens is not going to be available for quite some time. So I’m still in a quandary.

I also am curious about the connections from the external box – in my system I2S would be best.

Yes, the idea is that it would use the existing Bridge card, so all of the processing it usually does, but would have its own PS. I think it would be a nice work around for people wanting to wait for the AL. Not sure how quickly something like this can be kicked out but who knows…

So, does this mean that the Air Lens has been delayed (again) for some indefinite period of time?

Interesting that begs the question , when would you expect beta on Airlens ?. Not being able to use my steaming ( a la Bridge -2 ) has been holding up my order of Mk-2 .

I say a tentative yes. Our purchasing team is hard at work finding a consistent source for a board needed but are having the darnedest time.

You can always ask Bryston for help…

Are you out of your meeting already?

Until tomorrow. I am looking at this evening as “a short break in the agenda”.

An interesting approach.
I came up with the idea of ​​adapter board for Lundhall transformers. Thankfully Jkrihards brought it to life, but he didn’t even say a thank you.
Now, the idea of ​​putting the bridge in an external box, which I have been talking about for years, is announced as if it was found by Psaudio. I think it should at least be thanked.
@jkrichards @Paul @tedsmith @vkennedy61

Wait! I thought about the Bridge in a Box. I called it the “BiB”.

Not sure in what universe this is a good idea in attempting to save an $800 retail device that has been outdated for years and has little to no support from it’s manufacturer. With the cost of R&D, casework, power supply if any you are likely looking at a price well north of $500 just to save the ability to use MQA and little or nothing else. For less or equal to this investment by a potential buyer you can buy either a Holo Red or Neo Stream and have a current device that streams up to DSD 512 with more input/input options. You will still have to buy another cable and depending on the PS choice an upgraded LPS or PC. A completely illogical choice. After four plus years since Octave was first announced just leave streaming to those who can get products to market and move on. Air Lens made no sense after Ted’s improvements with the Mk II and this makes even less.

Everything seems simpler sitting on the couch imbibing and listening to John Abercrombie.

Never listened to John Abercrombie but have John Scofield. 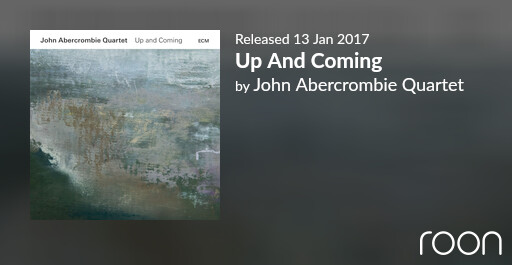 Maybe I’ll give him a try.

Great for a late night listen.

I usually do Jazz and Americana early in the evening and finish off with the Blues.

I will give that genre order a whirl tomorrow. I need to shake up my routine a bit. Right now I am listening to Paolo Fresu’s Ferlinghetti and then I am off to bed.

Let me be respectfully cynical.

This entire forum is owned, managed and actively participated by a business company (we love).
The reactions of their members to product announcements (new, delayed, abandoned) is a useful source to drive business choices and strategies.
Don’t forget about that!

I’m not saying that it is a bad thing, to be honest I accept the fact that this marketing approach is a source of information for the company to better know likes and dislikes from their customers because, as a countertop, I can satisfy my curiosity about their products, technical knowledge and common experiences. It’s simply win win.

Announcements must be taken with more calm, relaxed and caution, especially when a so passionate guy like uncle Paul is involved. Think about them like “chattering” during a brainstorm in a business room all together: the CEO at the head of the table and designers, engineers, marketing and sales people, supply chain employees and we… customers all around. At the end of day decisions are taken at another table though. And it’s ok for me.

It’s me, my way of thinking and I’m consciously happy to manage relationships with the brand in that way. I have consequently learnt to get announcements “easier”.

Not particularly intended to someone, just to share my thoughts (maybe more intended to myself - psycho effects of this hobby - impacting bad news about AirLens or whatelse).