I would miss the Bridge II convenient streamer card, which sounds grand to me with an AQ Vodka ethernet cable to my router. What are people using as a streamer with the DSD MkII? Is there some consensus the Air Lens is the best companion? Even if my DSD MkI w/Bridge II is traded in for the MkII, and a purchase of a new Air Lens, we are talking about $4600 for the MkII net plus an unreleased and publicly untested Air Lens for $3500, plus a high quality output cable to the Mk II, so we are over $8,000+ for fresh $$. Am I persuaded this is a fairly large jump in audible improvement over my current MkI and Bridge II? Not persuaded yet. N.

Start with the iFi Zen Stream for $399 or less via USB. You can use the same software as with the Bridge II. If it works out for you then you can look into an upgraded LPS.

Paul stated a while back ~$2K.

If I was looking for a “reasonable” streamer I’d be looking at this: 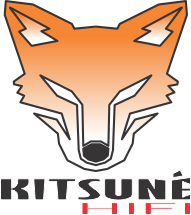 HoloAudio “RED” is a Network Streamer with I2S HDMI output supporting DSD up to 1024 and it can be used as DDC (USB to I2S or SPDIF converter) This audio device is using a Pi Compute Module 4 it only uses the Pi4 as core system. It differs from a...

Agree if you think I2S is the best answer with the Mk II and not just the original DS. Red does give you the extra option of more outputs, a built in LPS and a full DDC however. If you’re OK with the reports of USB being equal to I2S and money is a concern then Zen Stream is a starting point. Plus if you buy from Crutchfield or Music Direct you have a 60 day trial and if you don’t like it ship it back. I’ve had one since May in a secondary system and it sounds great. Way ahead of the Bridge II.

What I like about the Red features is I2S and USB. Reading through it’s specs, it’s pretty much one stop shopping.

I am getting one for my headphone rig. My ultraRendu died, so I thought I’d give this a try.

I would miss the Bridge II convenient streamer card, which sounds grand to me with an AQ Vodka ethernet cable to my router.

I have this exact set up and have been thinking carefully about how I want to proceed.

I do not use USB or run a computer as part of my audio chain. (OK, a NAS is technically a computer, but you understand what I mean.) I want to keep the number of boxes to a minimum and I Iike I2S.

Regarding cost: if you trade in your MK I before the end of January, the price for the new DAC will be $4500. If I understand PSA’s new trade-in policy correctly, you will also get a reduction in the price of the AirLens, so it might end up costing you $1500 or $1600. And I don’t think there’s any need to rush out and buy an expensive HDMI cable. I own two, one from Morrow Audio ($150) and one from Purist Audio Design ($300). I find them both very listenable, although the top of the line AudioQuest models may indeed sound better. One can always upgrade later.

In terms of sound quality, some people have stated that the Bridge card is noisy, located as it is inside the DAC. I have never been able to test this since I have nothing comparable to experiment with. I’ve been toying with the idea of buying an AirLens after it’s released and using it with my Mark I. This would be interesting since it might reveal whether or not the Bridge has actually been noisy. Based on reports here so far, I am confident that the Mark II will indeed be an improvement; but I could put off buying it, with the AirLens as an intermediate step. (This, however, would not give the best trade-in deal.)

If money is no object would you use AL over RED?
What does RED have over AL or AL over RED in your opinion? I might guess that AL would have better SQ.

Why would you assume the AL would have better SQ than the RED. Holo is strictly in the Digital Music arena and have been in business for a while same with iFi and the Neo Stream. To me it’s a simple choice especially with a $1200 price difference for the Red and $800 for the Neo Stream. Red already has multiple users on other forums and there are several units out for independent testing. The better question is what would the AL have over the Red.

I think Red would be a more versatile streamer with I2S and USB outputs. If anyone wants to sell it later, Red should have a larger market whereas AL is limited to PSA Dac users.

Why must I use an HDMI cable? Is this the only connection between AirLens and MkII? I use a Nordost Odin AES/EBU running from a BDP-1 digital transport to the MkI which I would run from whichever streamer I ultimately use.

I did not see any trade-in buying down the AirLens. For $1500 or so I would go for that. I trust PS Audio’s digital acumen. For a total new DAC and AirLens of about $6,000 is palatable. I cannot tell when the AirLens is actually coming out and don’t see info on it in the PS Audio website. I cannot get the MkII without a streamer. Cheers.

Am I persuaded this is a fairly large jump in audible improvement over my current MkI and Bridge II? Not persuaded yet.

My $0.02 would be to look into one of the Aurender N-series, which go for $3,500 plus or minus. Streamer, internal HDD storage, connects to your NAS if you have that, seamless connection to Tidal and Qobuz and internet radio, and the ability to add on the MQA “first unfold,” for a one-time $50 fee if that floats your boat. Built like a tank.

Their free Conductor app integrates stored and streaming files into playlists and, while it isn’t ROON, is pretty good and intuitive (requires an iPad or iPhone), and decidedly not “fussy” in my experience. Firmware upgrades are delivered seamlessly via the internet, as is remote troubleshooting and service (you can open a support ticket directly from the Conductor app), which is exemplary.

Some folks relish the computer/IT aspect of digital music. That’s fine, but I don’t especially, and my N100H fulfills my objective of a piece of great sounding gear that approaches the simplicity and ease of use of a toaster.

If money is no object would you use AL over RED?

Without hearing either the Red or the AirLens, it’s hard to say. The Red is more flexible with output interfaces, but the AL is purpose built and may have an advantage. But it’s hard to say without having either. I am going to use the Red primarily with a Sony TA-ZH1ES Headphone Amplifier. I will of course test it with the MKII with both USB and I2S. I will also compare it to the AirLens when it’s available.

I’m using a Sonore Rendu Signature SE via Fiber into the Rendu and USB out to the MKII. It sounds fantastic.

So I’ve packed up the DS1/Bridge II for return as part of my trade in for the DS2. I introduced the Lindemann Limetree Bridge II into the DS1, so I had something for when the DS2 arrived.

The Limetree Bridge II brought a fairly large jump in audio improvement over the PS Audio Bridge II into the DS1. The Lindemann has galvanically isolated outputs, like the soon to be AirLens and its small size allows it to be easily kept separate from the DAC.

The thing I miss from the PS Audio Bridge II is its ability to turn the unit off, and to skip, pause and stop tracks, all with the one remote. I understand it will be pretty much the same with the AirLens, although it should be able to be shut down, with one press of a button, with all other PS Audio components.

I expect the AirLens will be the best companion for the DS2, but it’s expected to be $3995 in Australia.

The AirLens only does HDMI or SPDIF coaxial out – it sounds like you have a kick butt AES cable, which might be hard to leave behind if you went for the AirLens?

I have Cardas Clear HDMI and SPDIF cables, so was more thinking the extra cost, on top of the AirLens, would be to provide a companion power cable, of the same family as that feeding the DS2. A good thing about the Lindemann is that it comes with a medical grade power supply and they say, don’t use anything else!

Why must I use an HDMI cable? Is this the only connection between AirLens and MkII?

The AirLens has two outputs, I2S and coax. I2S will get you the highest data transfer rate, but I can’t remember the maximum for coax off the top of my head. This page will give you some more information.

As for the trade-in situation, I would call PS audio sales department. The new policy was discussed here a month or more ago; trying to find things on the forum can be tricky.

It has multiple I2S settings selectable by dip switches on the bottom. See manual referenced earlier in the thread.

The thing I miss from the PS Audio Bridge II is its ability to turn the unit off, and to skip, pause and stop tracks, all with the one remote.

The beauty of Roon Ready.

@bokatt57 - I dug into this yesterday. The DIP switches on the Red look like they ensure compatibility. I have the Kitsune KTE SU-2 which uses the same type of DIP switch configuration for I²S and it works perfectly. The switches are on the underside of the unit and takes just a few seconds to configure.

Here’s the PSA Spec. I agree with @st50maint, it’s the same as the Holo Dac config ALT2: [image]