Does Anyone Know Much About This

I just bought this on a whim. A California Audio Techology CAT 600.2 FD XPR Amp.
It doesn’t turn on but at my price that’s immaterial. It’s arriving Dec 23 beating Santa by a couple of days. 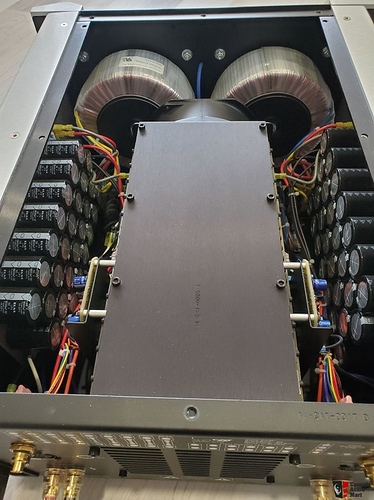 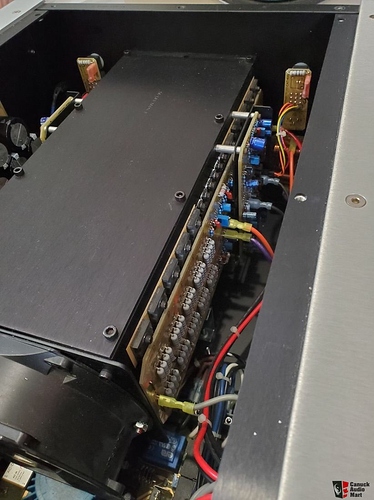 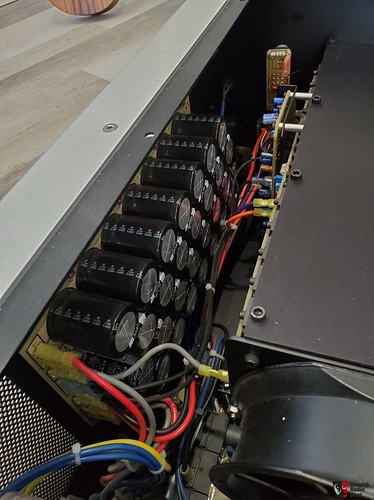 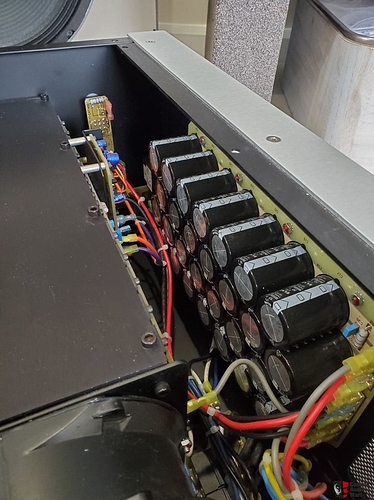 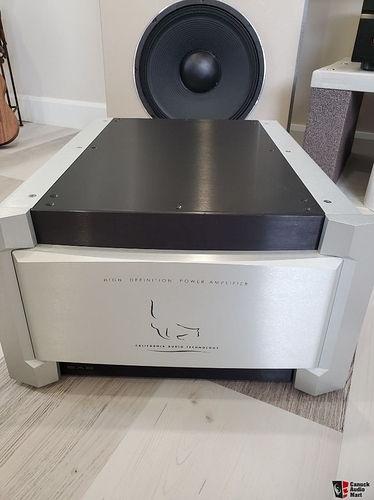 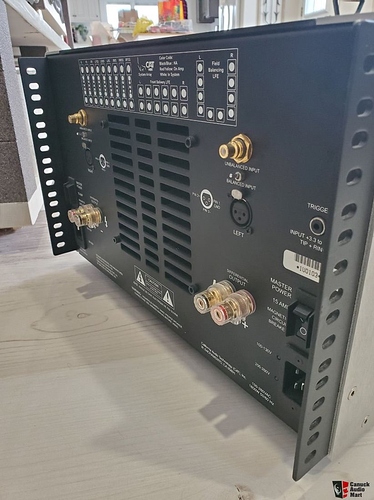 Nope but those are massive torrids and a bunch o’ caps! Dang. Hope it’s local.

I presume you’d searched and found this is the flagship of ATI primary amp designer. I had an ATI designed 5x200 channel Outlaw amp. It was exceedingly conservatively rated and not near the class of this beast.

Strange torrid mount, as I always thought they radiate in that axis towards the inside of the amp.

I thought so too. It’s a three hour drive away. I’ve made arrangements to have it in my driveway on the 23rd of December. It’s rare and well made at over 150 lbs. I’m going to build a second system with it as the foundation.

If it’s ATI It’ll be rock solid. My first big deal audiophile amp was an ATI 501…5 channel. A very solid amp, bet it would sound good in my system today, and that was way down the food chain compared to this.

These aren’t for a small apartment or condo for sure.

Can’t say I’ve heard of California Audio Technology, but I have heard of Convergent Audio Technology. Both use the CAT logo, wonder if there are/were legal issues? Ken Stevens from Convergent AT does not suffer fools, not that I’m calling California AT fools, but he’s been around a long time and would lay claim to the logo. My first thought was this is a knock off, but based on the pictures and from what others say it’s the real deal. As for the problem, not turning on can be a real simple fix (blown fuse or bad power switch) to much more serious fix (blown power supply or blown output transistors from shorting). Please keep us informed on how this progresses!

The monster is back. My CAT 600.2 has been serviced by a Krell technician. I just plugged it in for a test and darn it sounds exceptionally good. The tech replaced the input protection circuit and most of the output transistors in the left channel and some other associated parts. 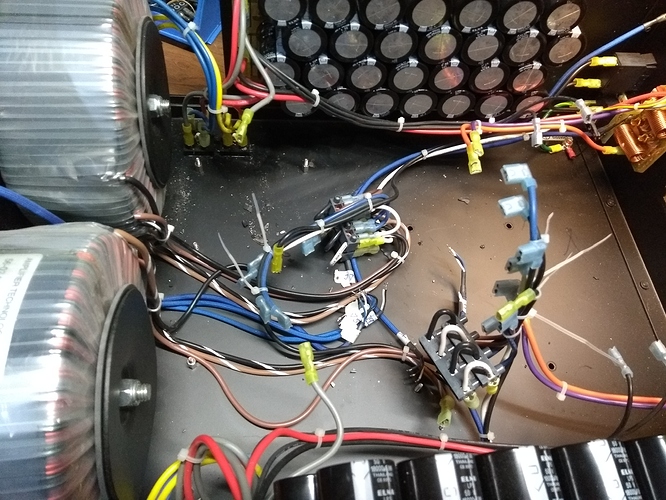 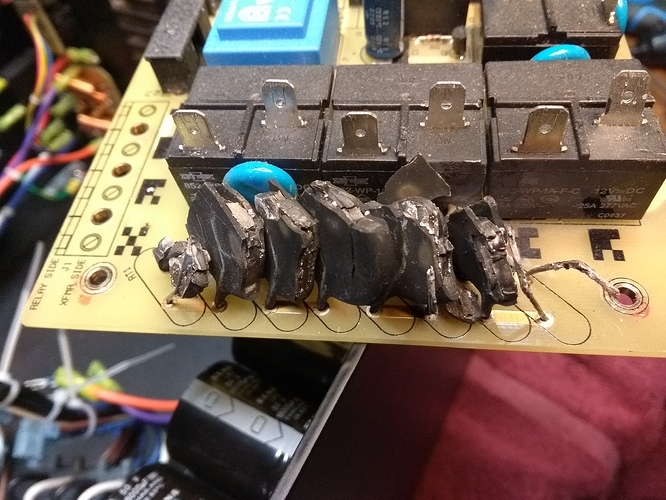 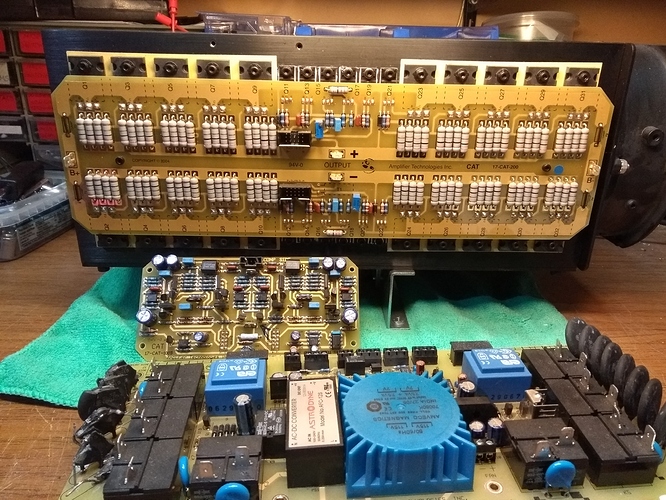 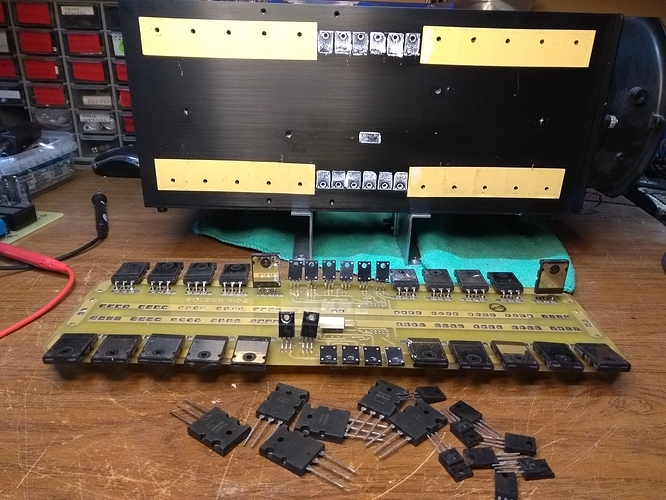 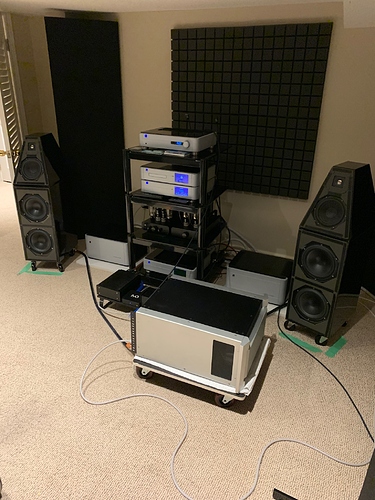 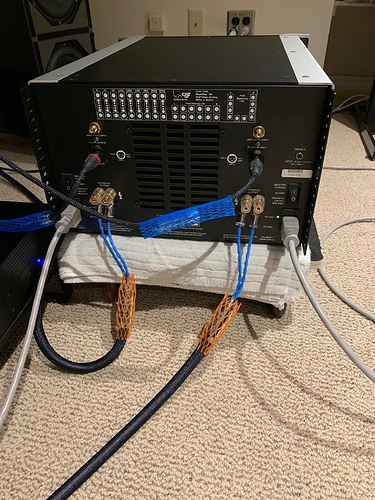 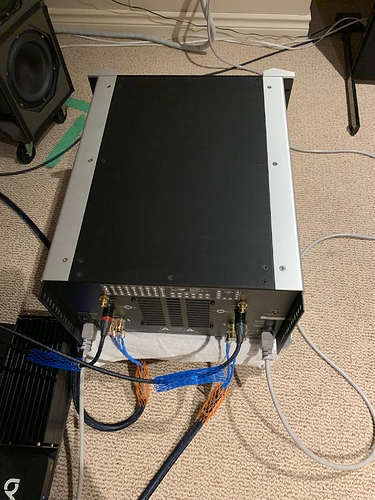 Now what do I do? I guess I’ll build a second system. Unless my wife kills me first.

What a beast! Must have made some smoke when she blew up?

That beast is huge!

Im really interested in the design…ive never see toroidal transformer propped up 90deg to other components in the chassis like that without a ferrite/iron core to contain/draw-in the magnetic flux. It can otherwise induce a massive amount of EMI into anything within proximity.

Maybe im not thinking of this correctly…just seems interesting.

The torroidal transformers are an interesting mount. I have seen this elsewhere. Other than the fan which you can hear close up, there is no EMI RFI noise that I can detect. It is an ATI amp, that they make under contract for CAT. The tech was impressed with the technology in this amp. ATI was less than helpful here. They don’t want anyone servicing their products but themselves, it seems. It would have made no sense to send it to California as the shipping would have been $1000 round trip, on a pallet plus the repairs. My guy repaired it. The ATI people would have just tossed the offending boards and installed new ones.

That is really cool!

Im glad you got it repaired. I bet it sounds amazing.

I see you already have a pair of BHK 300 monos driving your wilsons…what are planning on driving with this?..if you don’t mind me asking. You have some pretty awesome kit.

Hi Bob,
Good to see you’ve got it back home and working again… Your daughters boyfriend must be strong lugging that beast around!

I was reading more about toroidal transformers and i was previously incorrect.

Instead, the windings of a toroidal transformer goes around a circular core which is shaped like a donut. The windings keep going around the donut core radially. This way the magnetic flux travels in a circle within the donut shape. I believe most toroidal transformers use a ferrite core. The cool thing about ferrite is it’s non-conductive AND magnetic flux likes to travel through it more than it likes to travel through air…there is a word for why that is…but i forget it now. Anyways…So, the eddy current loss is low and there is less EMI outside of the core. Pretty much all of the magnetic flux is contained inside the ferrite core.

Anyways, to sum-up…orienting the toroids that way seems to be a completely viable option…which i think is pretty cool.

Nick is a healthy youngster. We both carried the amp although he did get the end with the transformers. We had to carry it about 20 feet and up a stepped embankment from the tech’s home. I needed back pain meds after that. Luckily it’s on a dolly and we have an elevator in the house for my son so moving in the house was easy.

Great stuff. How many lbs? It is colossal…!