This looks really interesting to me.

It has an I2S output using “a standard UTP cable” according to the Sonnet website.

Two things I can’t discern from their product web page:

Anyone out there know anything about the Sonnet Hermes?

Sonnet Digital Audio BV is a manufacturer of High-end Audio equipment for both consumers and industrial users.

I think the soon to be shipped Holo Red would be the better deal in this arena or even the iFi Neo Stream. Both are I2S compatible with the DS.

Thanks for the input.

There is already a thread running on Head-Fi about the Red and with a few already in owners hands including a reviewer shouldn’t be long before we hear about it’s performance. The reviewer has already done all the measurements and says his written review will be up shortly. I may try one after the first of the year to see how it works and I don’t mind the color. I suspect it’s “native” software is some version of Volumio just like the iFi devices. If you’re a Roon user it won’t matter anyway.

Also not aware of any device on the market yet to do that I2S conversion from one convention to the other. Don’t think there would be a wire count match.

I have Roon, but JRiver Media Center is my favorite in terms of overall sound quality with my personal files.

Wonder if the Holo Red will work with JRMC…?

Based on what I read it will. It supports UPnP. You should be able to stream DSD with no problem.

The reviewer from Golden Sound has tested with with Roon and HQ Player and it will do DSD 1024 with no issues. These are the services it supports so if JRiver fits in one of these categories it will work fine.

Do you have a link to the review?

It’s not live yet. He said it was imminent and will be here when its up. 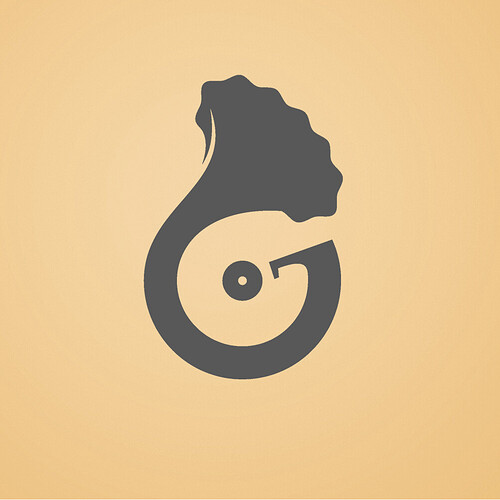 Reviews, measurements and explanation of everything high end audio

Cool. I am a big fan of the Kitsune KTE SU-2, I used it to test a number of inputs into the MKII.

The Red is looking like a no brainer for me. I am seriously considering getting one. I can use it in a few systems in my house. I might use it with my headphone rig.

I own a Holo May KTE and a Spring 3 KTE so I know what they are capable of at Holo. While I don’t expect it to better the Aries G1’s feeding the Holo DAC’s via there preferred USB input it may come in handy in the system with the modded DS in place of a 2016 Aries Femto which is using AES into the DS. Only issue would be teaching my non-techie wife how to use it as I just got her comfortable with the Aries software after years of trying. Also people who actually have it in hand say it’s a deeper darker red than the pictures indicate. And if needed the DDC function is a bonus.

Only issue would be teaching my non-techie wife

Your wife is probably representative of a majority of people. The trick with many of these products is to make them as friendly as possible to appeal to the widest audience possible and keep requests for help to as low as possible. Forums these days seem to be able to sway purchases pretty quickly.

She only decided to learn the basic when we bought the second house in another state and had to know how to get music when I wasn’t there. When we eventually consolidate back to one house she will probably never touch the systems again. As it is she just wants to know how to get the Internet radio stations to work. Forums are like audio reviewers you have to learn who to believe and who to ignore. Audiogon is the biggest example of all that’s currently wrong with audio forums. The same handful of people post about everything just to see their name in print.

According to the JRiver Media Center “Wiki”:

"DLNA is an industry protocol for sharing media among devices. It first appeared in JRiver Media Center 14.0. You will need to enable Media Network in MC’s Options. In most cases, you can just set the DLNA / UPnP Server to “Generic DLNA”. XBox and PS3 are exceptions and selections for these are available.

DLNA is very similar to UPnP, so UPnP is also supported."

DLNA more or less equals UPnP, so I would be good to go with the Holo Red, theoretically?

Yes, that should work. There’s going to be a ton of reviews on the Red. It’s looking like a swiss army knife. At that price I’m guessing it’s going to have excellent sales. Especially with the Roon crowd.

Hard to say given Airlens not out yet…
I’m gonna upgrade soon from my Matrix
Any thoughts on The Red vs Airlens?
$$$as always is tight
I can only buy 1 streamer
Thanks
And I know any response is just hypothetical
But I get a ton of info from you via this board on such things

Looks like the Red can be a squeezelite streamer also.
I’m not looking, but if I was that would be very interesting, it looks nicely built

Any thoughts on The Red vs Airlens?

From what I understand the AirLens is going to have one output, I2S. If that covers your current and possibly future needs and your piggy bank can afford it, it sounds like a fine appliance. If you want a lot of flexibility at a lower cost, the Red might be a better choice. I haven’t tried either, but I will.

Vince, I’ll be looking forward to your thoughts. I was planning on an AL as I2S to the DS is my primary use case, but with the Red providing more flexibility - if it sounds even as good as the AL it will be, as you say, a no brainer.

You may want to consider a thorough test of the USB input vs I2S and see if you even need a DDC at all. You many find the USB input as good as the I2S.