How about concert photos?

So my wife has a sharp intake of breath and tells me the white haired guy 4 or 5 rows in front of us is Giorgio Armani, who here in Milan is somewhere between Emperor and God. People are kissing his hand on bended knee. A cool guy, but he looks more dead than alive. Here’s the back of his head. Didn’t ask for a selfie. 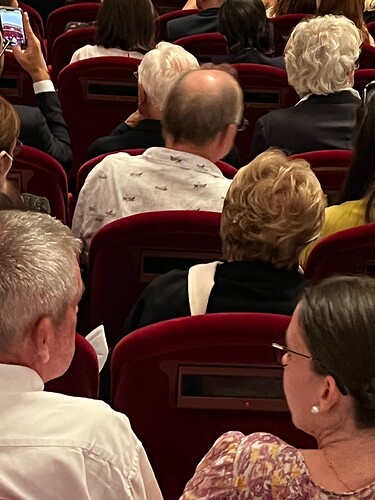 Ruthie Foster at the Dakota in “bad” seats. Blessed to land in this spot. 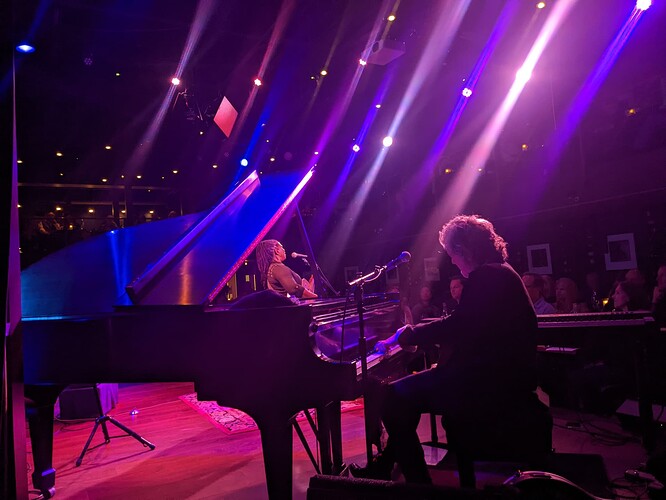 Billy Cobham in another bad seat/ spot at the Dakota. Oh wait…I am at the bar. 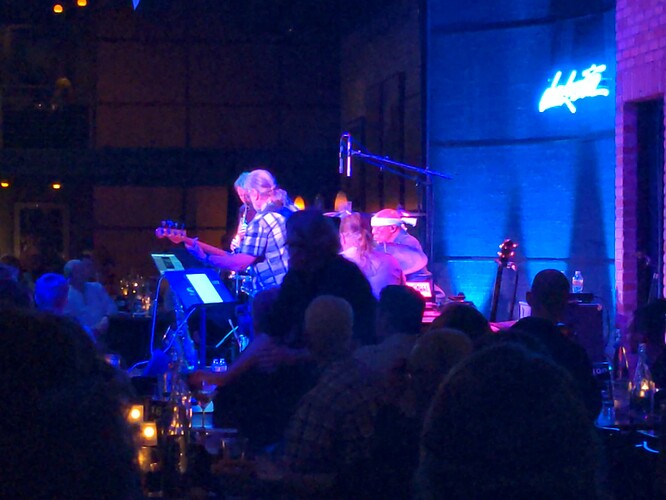 There are many things I’ll never miss about LA when I left, but I must say the Hollywood Bowl is near and dear to my heart. I looked forward with anticipation to the summer concert season at the Bowl every year. Couldn’t wait. Would catch the express bus to the Bowl at a Torrance park-and-ride. Those of you who haven’t experienced the Hollywood Bowl should put it on the bucket list. It is a unique experience.

Yes at Ruth Eckerd Hall, Clearwater FL October 17, 2022. 50th anniversary of Close to the Edge release. Second set was the album start to finish. For such a complicated studio album it sounded amazing live. Steve Howe at 75, I just don’t have the adjectives . . . When I bought Close to the Edge as one of my nine records for a penny from Columbia House circa 1972, I did not fathom seeing it played live 50 years later. 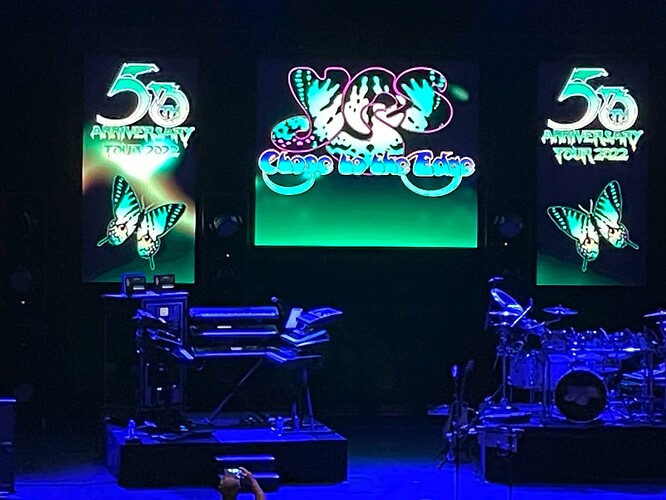 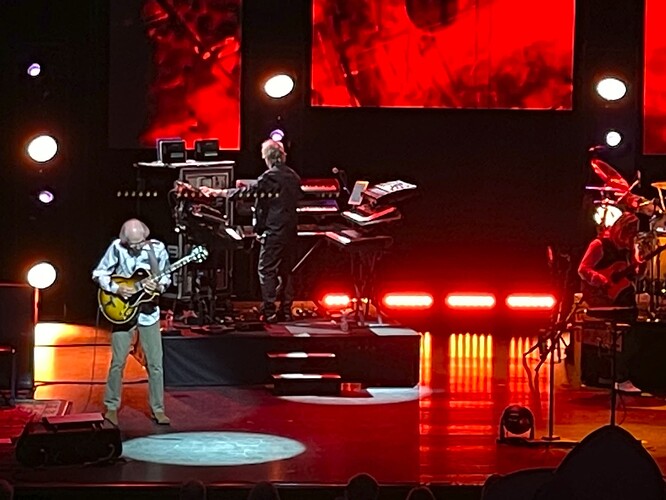 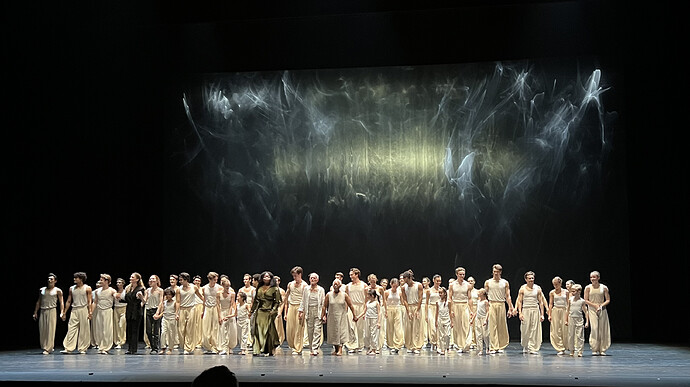 Sonny Landreth and Cindy Cashdollar on the porch playing some picking slide blues. 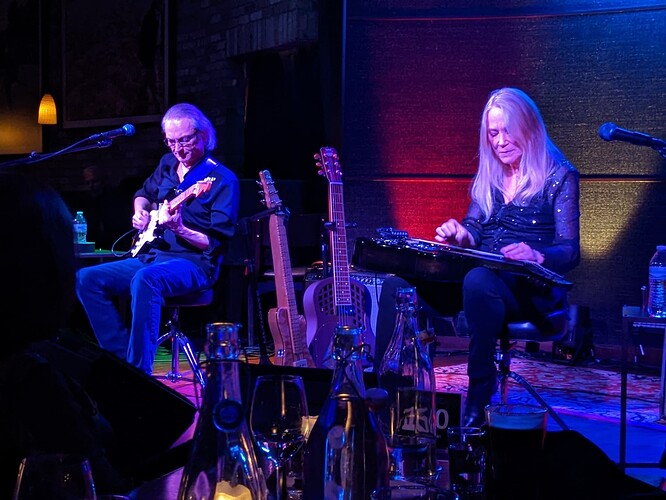 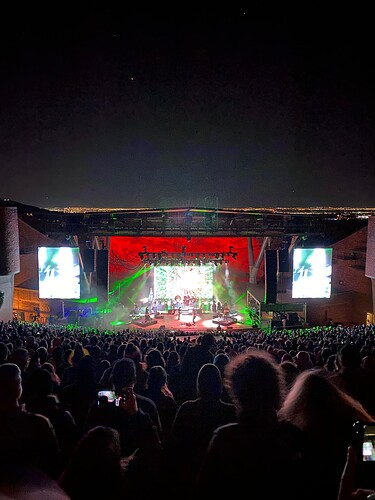 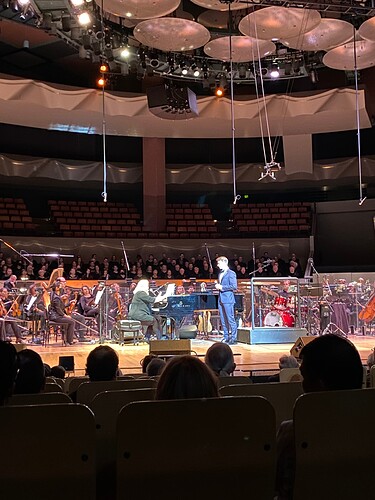 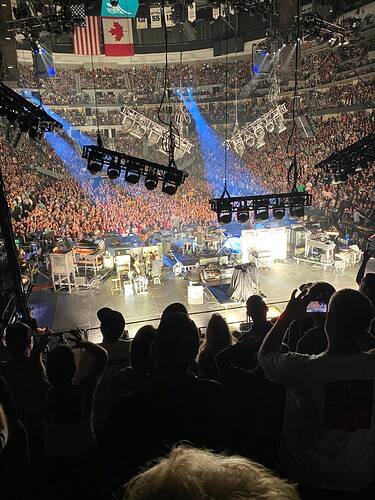 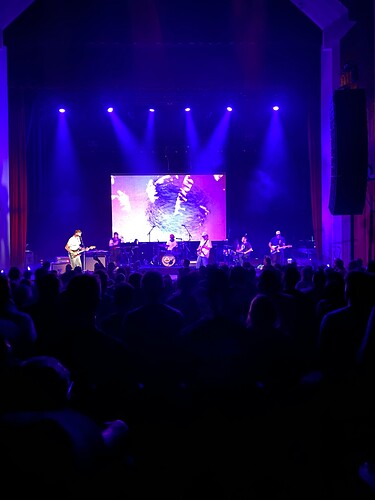 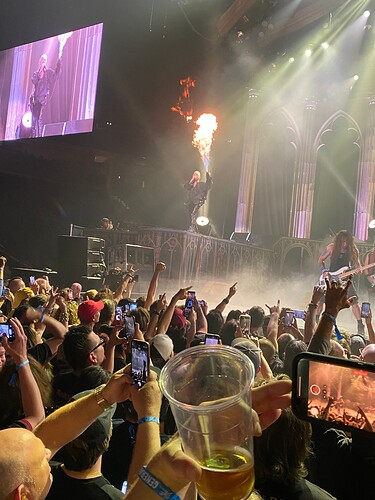 Here’s another couple more from Red Rocks shows this summer: 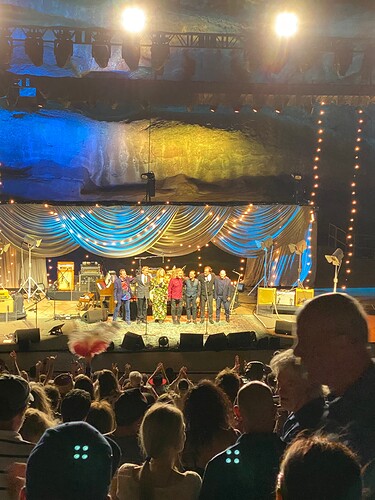 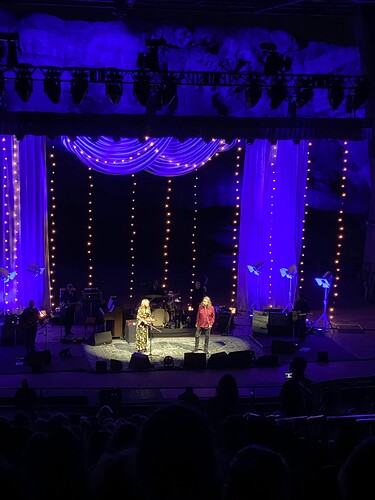 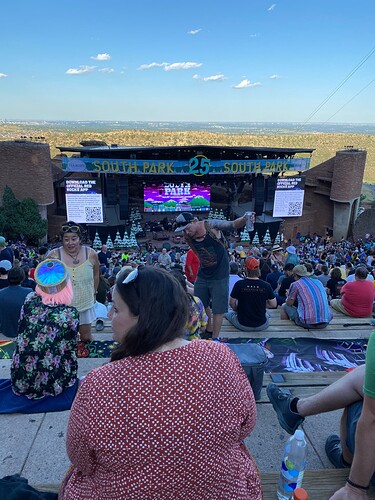 Not the greatest pics. I make a very strong effort to only take a couple photos during a show, and leave my damn phone in my pocket. 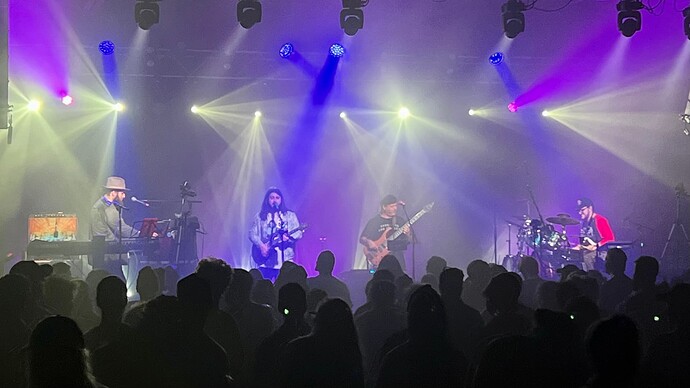 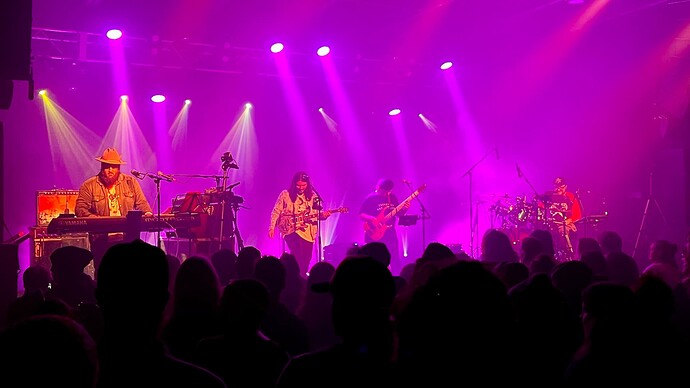 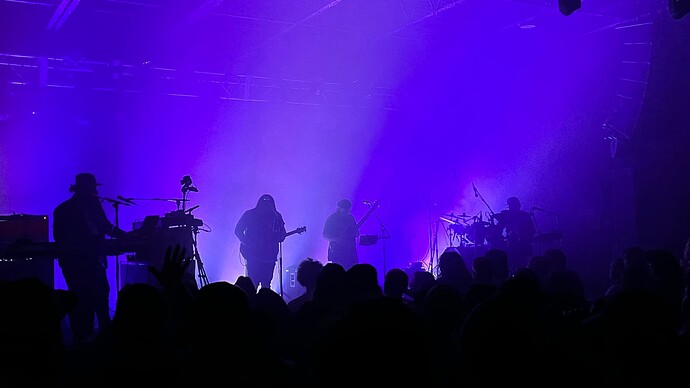 i enjoyed king gizzard when i saw them, always a sucker for two drummers and a bunch of stoners playing guitars.
particularly enjoy their microtonal albums

Which are those? I am head over heels for some of their stuff for sure…specifically Nonagon Infinity and Infest TRN. I caught them in 2019, as well. 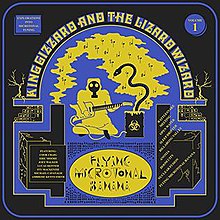 Flying Microtonal Banana (subtitled Explorations into Microtonal Tuning, Volume 1) is the ninth studio album by Australian psychedelic rock band King Gizzard & the Lizard Wizard. It was released on 24 February 2017 on Flightless Records in Australia, ATO Records in the United States, and Heavenly Recordings in the United Kingdom. It is the first of five albums released by the band in 2017 and their first exploration of microtonal music, utilising custom built instruments. The album earned the ...

although I just have LW and KG albums