There is a new music festival this fall in Bentonville Arkansas. It looks quite large and cool. From the blurb: “FORMAT represents a new type of festival, placing visual and performing arts on the same plane as live music, creating a fluid and unified experience. Visitors will encounter large-scale installation art and unconventional venues created by a range of internationally recognized artists, alongside an eclectic roster of musical acts. We hope to foster curiosity and discovery, and produce a memorable event on this beautiful, hidden stretch of land in Bentonville” 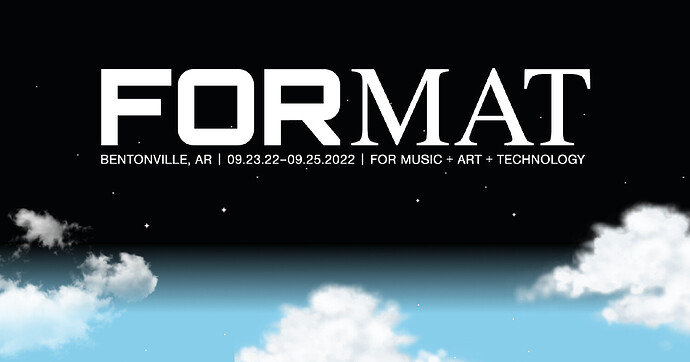 It should. It’s produced by these groups.
" The festival is being organized by Austin-based C3 Presents (Austin City Limits, Lollapalooza, Bonnaroo Music & Arts Festival), and TRIADIC, an agency with offices in New York City, London and Vienna. Regional organizations OZ Brands, The Momentary, and Crystal Bridges are also involved."

If you ever make it to Bentonville, I really recommend Crystal Bridges and The Momentary. The Momentary does some really avant-garde art installations plus some good music. They have a bluegrass festival called Freshgrass.

The Momentary brings together contemporary visual, performing, and culinary arts into a welcoming, communal space in Northwest Arkansas.

There are also several James Beard Award nominated restaurants in Bentonville. My favorite is Tusk and Trotter.
https://www.tuskandtrotter.com

It’s also a mountain biking destination. They have a huge number of well groomed trails along with The Back Forty, which can really hurt you.

Yeah. I posted on that in the Mountain Biking thread. Well not The Back Forty specifically. It was on how NWA is becoming a mountain biking destination.

Mountain Biking Everything Else

If you’re fans of mountain bike racing, Fayetteville Arkansas is becoming a destination for the sport. They hosted the UCI World Cyclocross championships earlier this year and have this event next week.

The area is also wonderful for high speed sport motorcycle riding. I am in the area every year.

Yes. I’ve driven my Porsches around many of those roads. My wife and I are building our retirement home in Fayetteville. It should be finished in early June. I really enjoy the area.

There are good reasons Fayetteville is number four on this list. For what it’s worth. 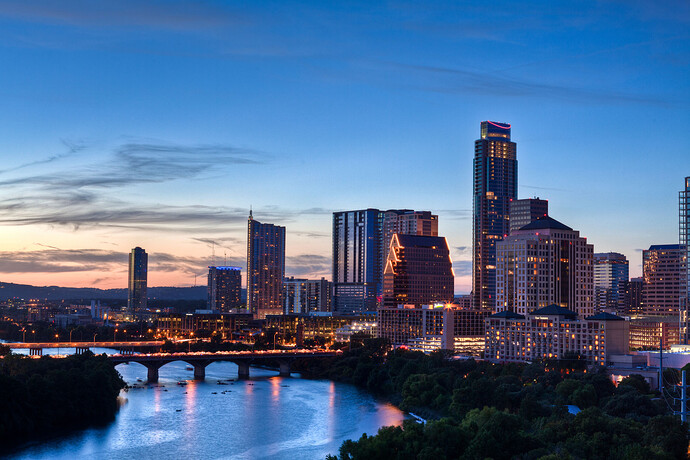 The 150 Best Places to Live in America, Ranked

If you ever make it to Bentonville, I really recommend Crystal Bridges and The Momentary.

Agreed. We had a vacation in NM last fall and routed our return to Indiana through Bentonville just to see Crystal Bridges (and through Springfield, MO, to pick up a new bandsaw). It’s a wonderful architectural experience (IMO the facility itself - and its grounds - far outshine the collection it houses). I also like to think I own a little piece of it, considering the number of Walmart employees who have to rely on public assistance to survive.

Bentonville has become quite a happening place.

Springfield, MO, to pick up a new bandsaw

Yup, Grizzly. I used to go to their PA showroom when my wife and I visited her parents in State College, but they closed that one (and her parents are dead now anyway). So the MO shop was convenient for this trip, and a pick-up there saved substantial freight charges.

I have always liked their gear. I had their 14" bandsaw for quite a while. They have the best customer service. I had a problem with the fence lock, called, spoke to a nice fellow, send him a few pics, and few days later I had an entirely new fence. That’s how I guessed it was Grizzly, the fellow and the parts were in MO.

While in Bentonville, don’t neglect to visit the Billy Bass Adoption Center, located in the Flying Fish restaurant downtown. 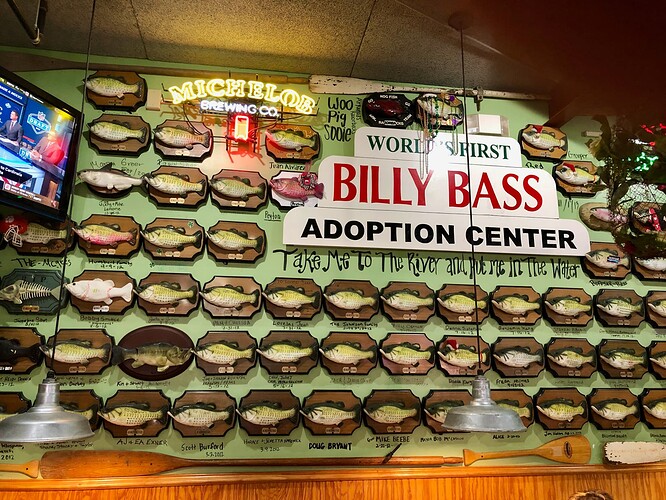 An excellent article, interesting and creative.

I’ve eaten there. I prefer the Flying Fish in Little Rock. I think they do a better job although I’ve been to the Bentonville location only once.

Do they all work? Personally I am not a fan of these, but as a collection I think it’s fantastic. Whoever thought of this has to have a great sense of humor.

I’ve seen at least one in action. I believe it started small, and then all those people who hated their gift donated them.