I have recently purchased a Gustard R26 DAC which has a I2S input . When i connect my Perfect wave transport via its I2S output i get a very muffled and distorted sound . I have tried x 2 different HDMI cables .

Is this simply a pin alignment issue or something a higher being has to sort ie : impossible to solve - other than purchading the new Direct stream II DAC

You need to look at both units and make sure the pinouts are the same. Do either have the ability to configure the i2S with a switch?

No neither do . Is this all i need to do to get the benefits of DSD/SACD ??

I found this discussion on an Audiogon chat about the Gustard.
And I found the Gustard i2s pin out as they said on the website. Hope it helps you. I suspect you will need a DDC or som “box’ where you can set the i2s configuration to match the PS Audio i2s standard.

You guys need to relax. Plugging a standard hdmi cable into a Gustard is not gonna hurt.anything. It’s not the cable that is different, it’s the plugs at each end. The Gustard has a smaller number of connectivity than a regular hdmi because it doesn’t need to offer video. You can find the exact schematic of it at very bottom of the X26 PRO page at the Chinese authorized dealer. I sent that to Alvin when I wanted to connect to the Jay’s before I bought the gustard. He in turn asked the main guy at Jay’s if it would work with the gustard. Answer: exactly the same design. Prior to that I bought the PS Audio perfect wave CD transport and had to return it since plugging it into the I2s of the Gustard resulted in nothing but a distant faint distorted signal. So far using audioquest carbon 48 hdmi and wireworld silver 7 hdmi between gustard and jay’s. Both work well but I like the AQ best, clearer and more presence.

You guys need to relax.

I thought I was relaxed.

…maybe if I lay down.

Being in Australia there is this saying;

A cup of tea, a Bex and a good lie down 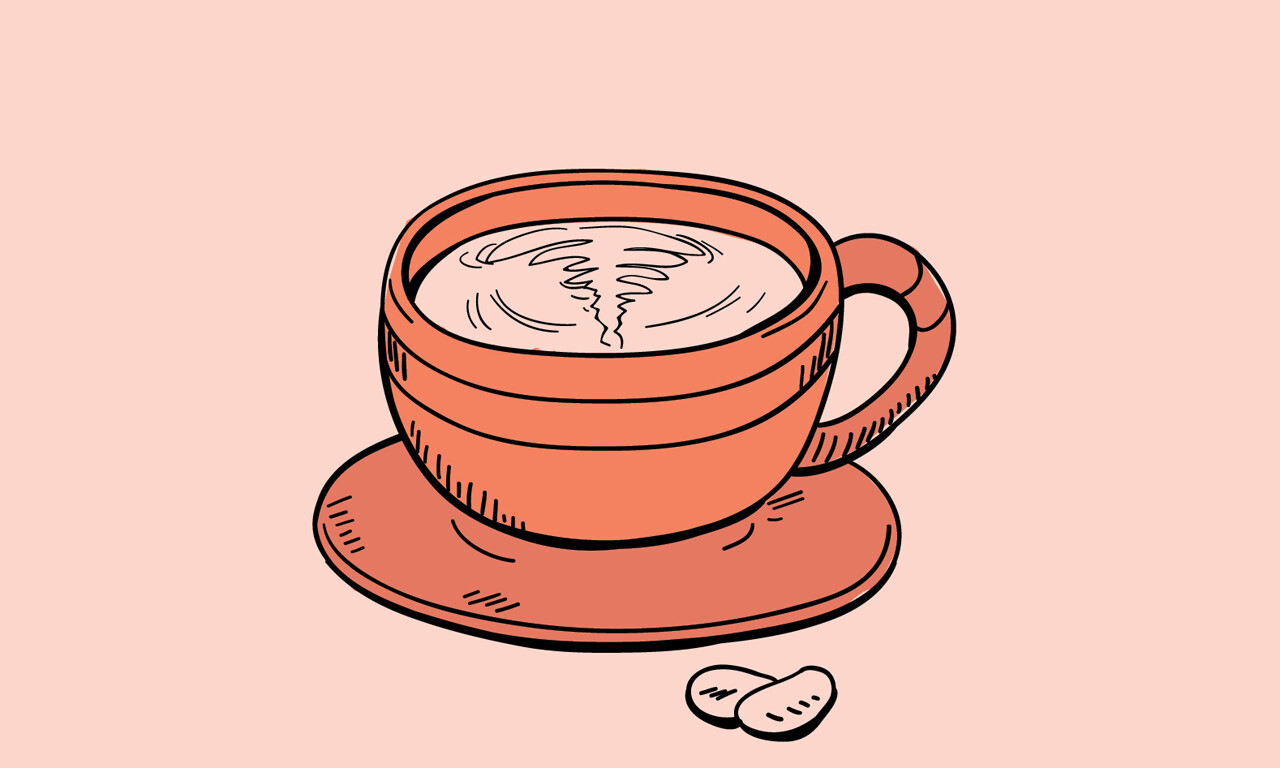 Immortalised in Australian slang, the analgesic phenacetin (used in Bex powder) is wrapped up in the development of the modern pharmaceutical industry

Put on some Iron Maiden or AC-DC and take a little colored pill and all will be OK.

Ok , I have now down a table relative to HDMI pins and have found the following 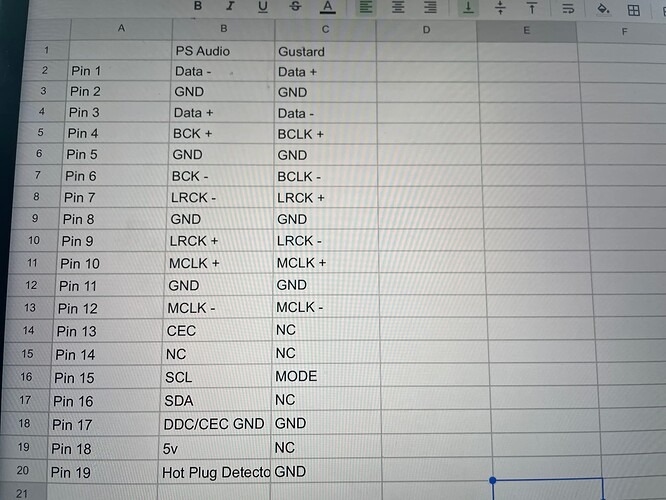 Now the real question will this now produce a signal that is not distorted and unlock DSD/SACD quality listening ??? OR are there further smarts needed .
Ted Smith are you lurking

Thank you for constructing the table. I too have a PWT (prior CD version only) and a Gustard X26. The symptoms are exactly as you described so I went with the XLR interconnect. I would definitely like to use utilize the i2s though. If you have a source to build such a cable, I would be interested. Thanks again.

No I have not found a supplier of a cable . I actually cut one up and rewired it as i thought - no luck - actually absolutley no sound , suspect i made a mistake .
I have now found a breakout pcb allowing me to manipulate the outputs more easily . Will keep you posted on outcome - prob wont get to this till after Christmas . If you havent heard by end of Jan , give me a kick

Someone on another forum said that Moon Audio would make them if you provided them with the pinouts for each end so you might try contacting them.

Did the same. Cut a cable in half, labeled all the wires and spliced per the chart posted. Heard the same, a lot of noise with music in the background. Basically no perceivable change. I have an older generation PWT and Gustard X26, but would assume the outputs and inputs would be similar.

Spent last night researching PS audio’s and Gustard’s i2s configurations. Experimented with disconnecting and reconnecting various cable configurations. Could not get anything to work. Has to be an internal firmware or DP switch set up. Gave up and went back to XLR interconnect. haha.

How do you feel now?