Spook and Bonaparte are alpacas.

There are more, plus cats.

Your listening room must be very large. Do they fight over the best seats?

Would they prefer to be called cute or regal?
Seriously, they must be a lot of work. yes?

i know a couple with llamas and small children. They let one of the llamas into the family room when watching movies with the kids. The llama kushes (sits witjh legs underneath) and the kids use him as a back rest. They can also sit on him.

No, they are very easy to care for, much easier than horses. I have had camelids for over twenty years. They are gentle, bright, tremendous personalities.

Adorable. I can just picture a camelid on it’s way to the vet in a trailer pulled by the Z06.

2-much poopin a scooping for me!!

Actually, it is not an issue as the droppings are very dry pellets. Very simple to shovel and move.

Even better, since llamas are very efficient (multiple chamber stomach, cud-chewing) the droppings do not contain seeds (they have been digested) and they are low in nutrient content. Thus, they can be used in gardens intermediately as a soil amendment without any risk of burning. Thus, my neighbors come with a small tractor and trailer and pick up the droppings. Easy.

Had no idea. How much property do you have?

RIP Eddie (passed at 12 years old this past Saturday). 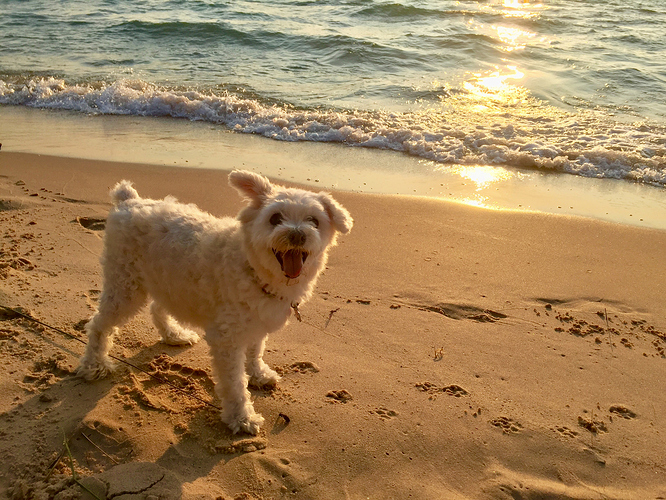 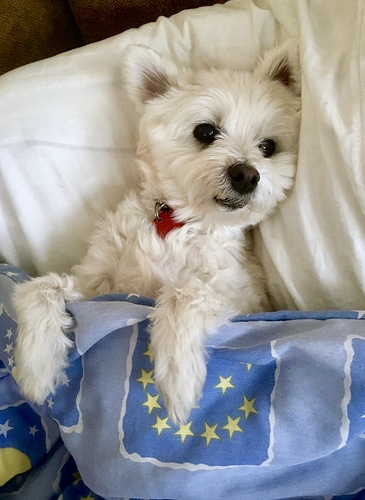 He was given to us by a coworker of my wife’s at about 7 months old (her teenage daughter wanted Her Own Dog and Swore she would Take Care of It… ; ). I would’ve chosen a more…(koff, koff) Manly Dog, but he turned out to be a really great dog. Missing him, but glad he’s no longer suffering.

Sorry to hear of your loss. The Christmas season adds more pain to the loss!

Thanks. I was working on keeping him going so the kids could say goodbye, but he died the day before they got here. Which is actually better than if it had happened while they were here.

SO! Enough bummer stuff! Since there are a lot of cat people, I want to share a couple of shots of two that live at my former vet’s in IL. Charlie comes running when the door opens and jumps up next to you/gets right up in your face. Handsom lad. Friendliest cat I ever met. 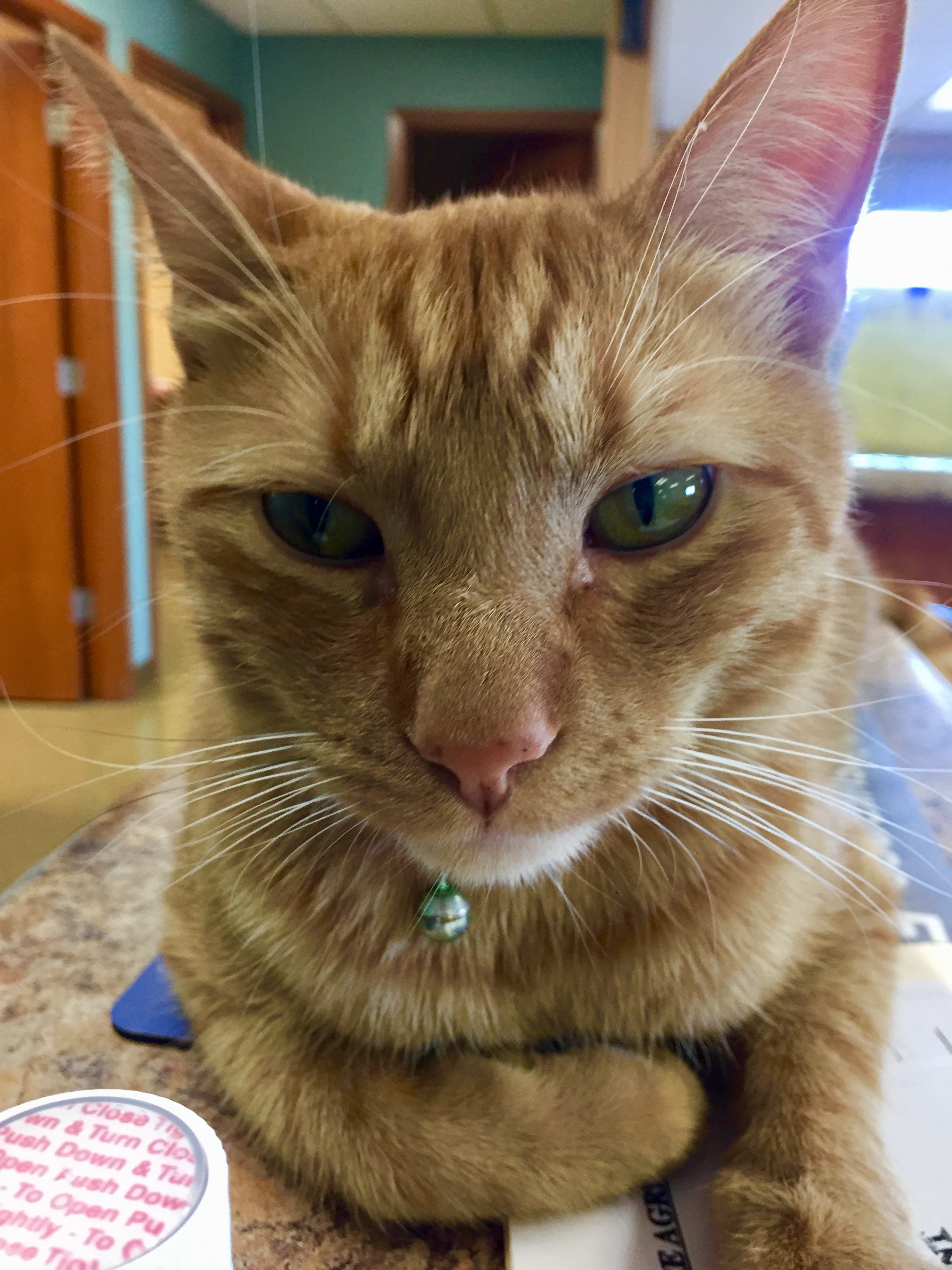 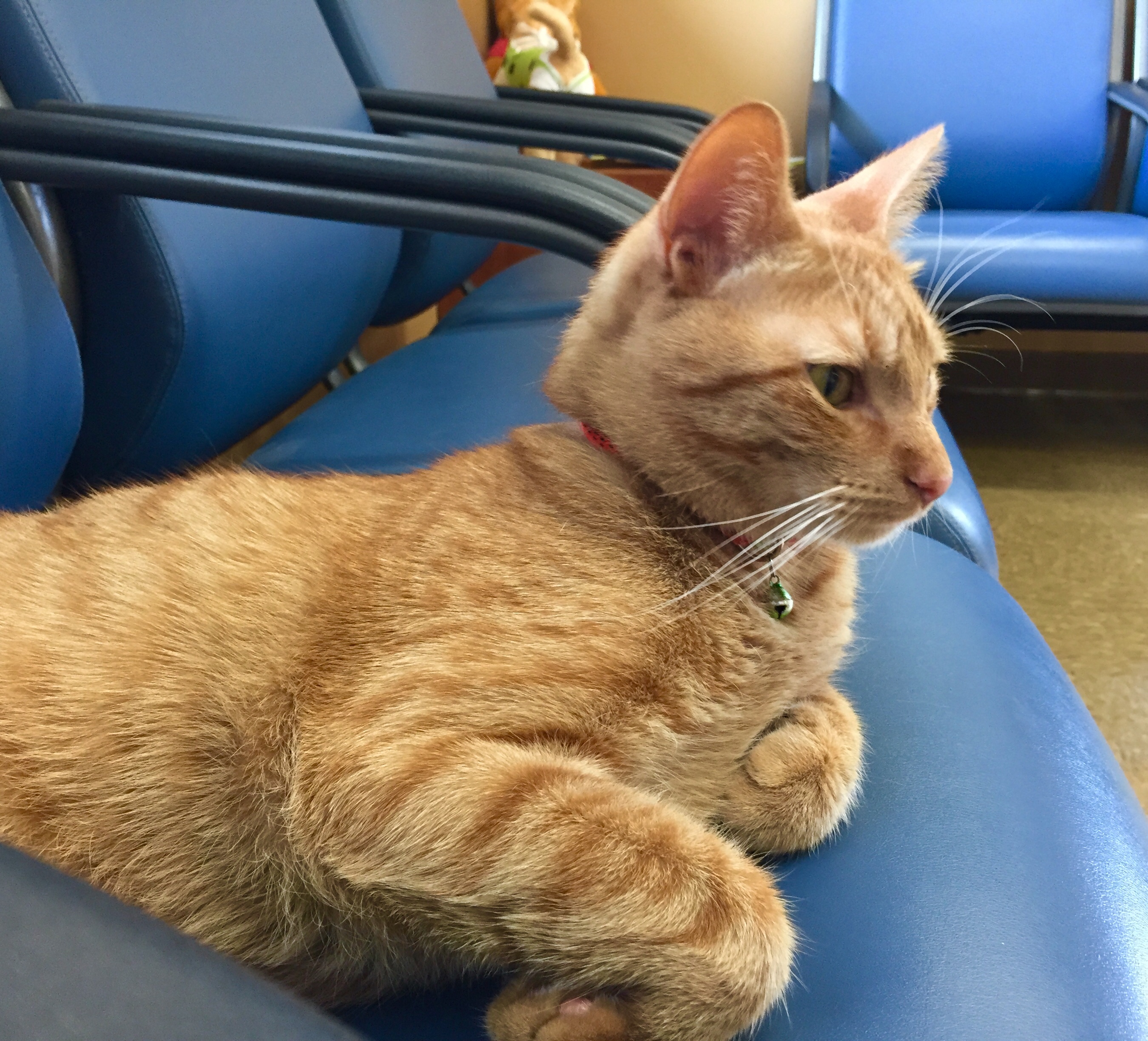 Tigger is the largest cat I ever met - though you can’t tell from this angle. Pushing 30 lbs. On a bed big enough for a small child : ). Happy cat. 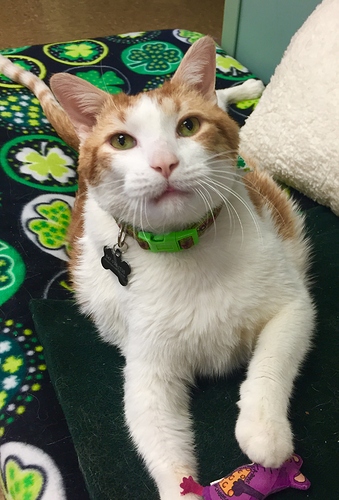 We’ve had to put a few companions down, and that’s always a really, REALLY bad day. We poured his ashes of our last one down a rabbit hole in the woods where he would delight in chasing the forest critters

We are now “fur grandparents” and hosted a pack of 3 over the Holidays as the kids visited. Gave us the opportunity to channel our inner Cesar Millan . .

I’m so sorry for your loss. He looks like the sweetest dog ever.

Henry was 17 years old until this past September
He was as good as it gets. 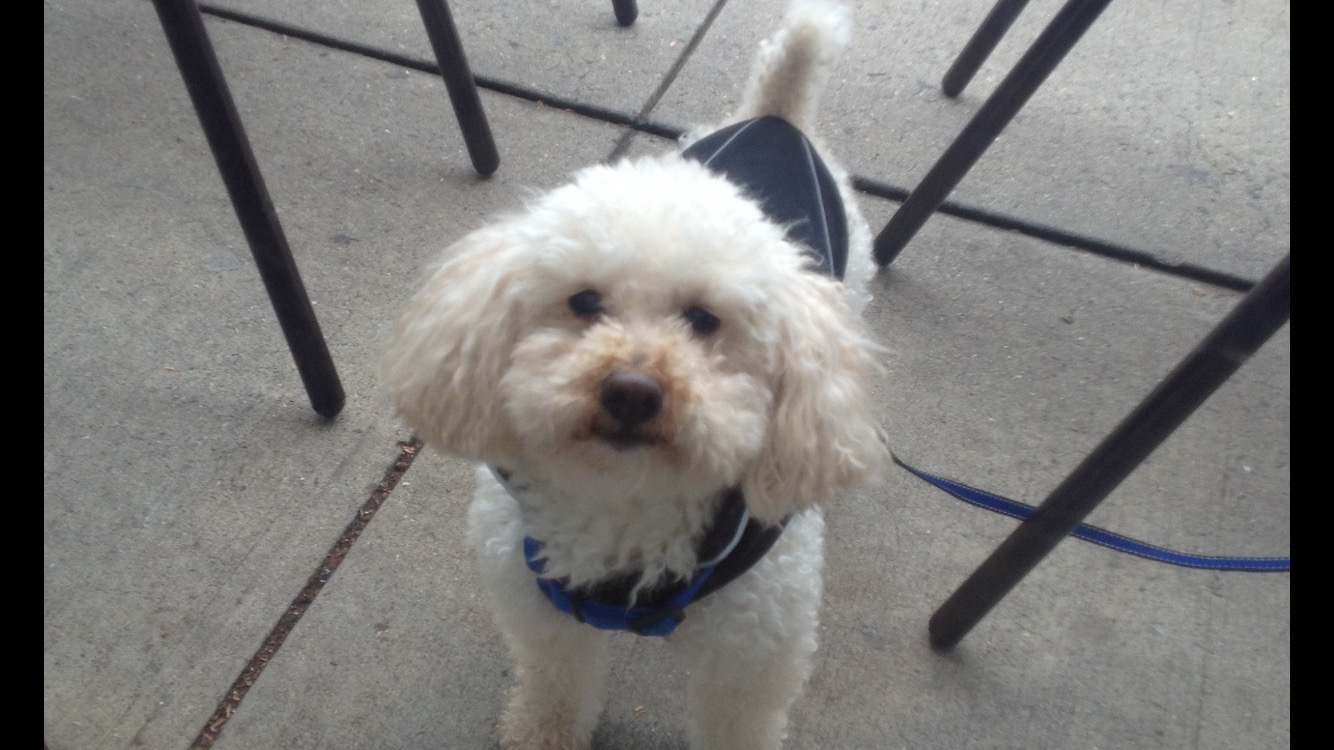 Another Classic Edward shot by my daughter from a few Xmas’s back. I think of this as his, “Book Jacket” shot. Copping a lean on one elbow. He “got by on his looks” a lot, though he didn’t need to - and folks thought he was a puppy into his final days. I recently had someone tell me theirs had lived to 19 years old. 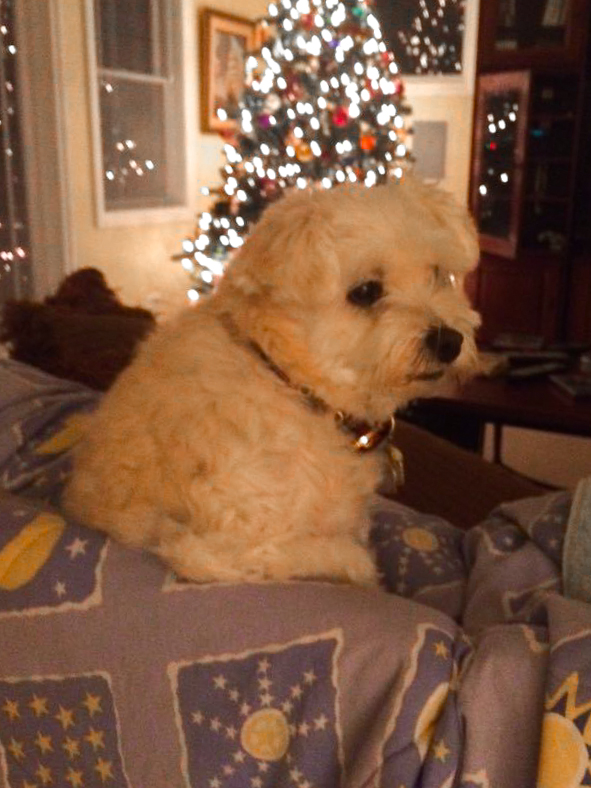 His Rapper Name was “Lil’ Fuckah” and his Blues Name (once he had developed cataracts) was “Blind Lemonhead Edwards” : ) 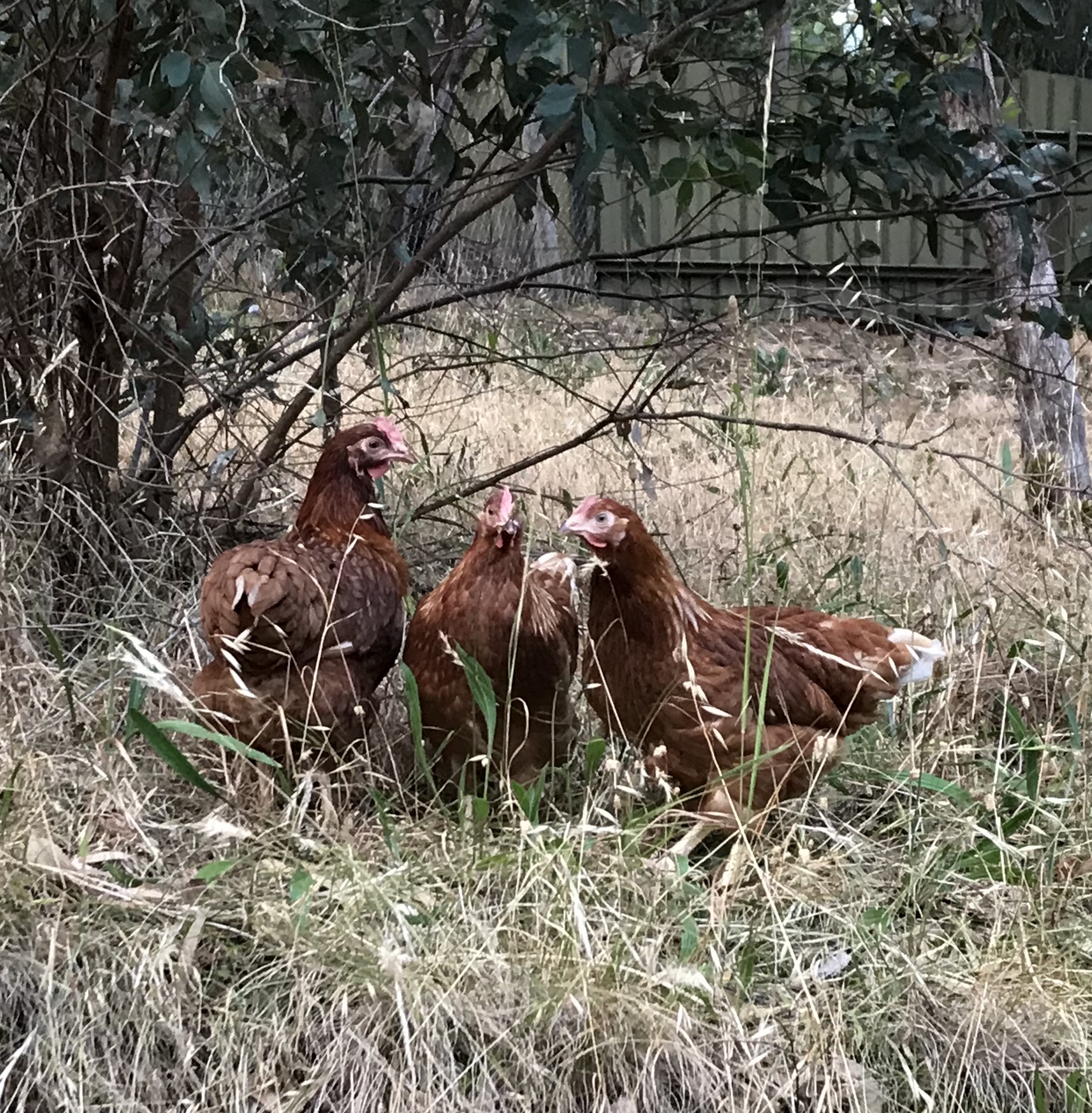