What's the deal with album art on the DirectStream?

I just got a new DirectStream and I’m trying to figure out why I usually don’t get the album art displayed.
I’m using Roon via the DSD’s bridge. I have a 4GB SD card formatted as FAT32 inserted. I have the latest firmware installed.

If I’m playing a playlist I never get album art. If I play an album, I get album art displayed about 50% of the time.

Can anyone tell me why this is happening? 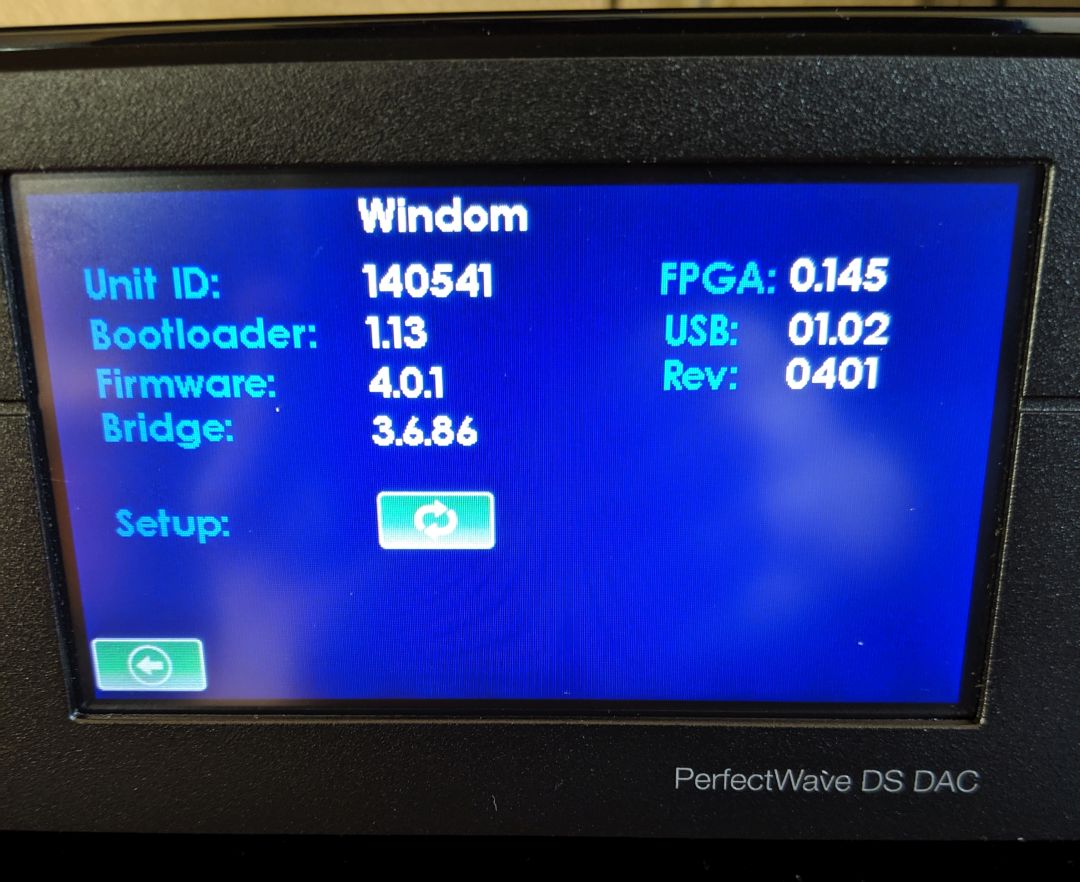 Album art hasn’t worked properly in forever… Album art gets lost or stuck on my system whenever there is a change in file types (ex. FLAC to DSF) or change in data rates (ex. 16/44.1 to 24/96). “It is what it is,” and I don’t expect it to ever completely work.

Do you have a clean SD card always inserted in there back? It requires that to hold the memory.

Thanks for the quick responses.
This is a bit puzzling. All of my files have the album art embedded in them. In addition, each album’s sub-folder has a “folder.jpg” of the album art. 90% of my album art is at 500x500 (the most compatible size). Roon of course has no problems with the album art.

However, I’ve made some improvement. I was using an “old-ish” 4GB SD card (FAT32). I replaced it with a faster/newer Sony 32GB (FAT32) and that seems to have helped. I swapped out the cards with the DSD powered down.
The album art seems to appear quicker with flac files and I had a 100% success rate with these. DSF files takes about 30 seconds and I had a 80% success rate.

Is this art issue exacerbated by the fact I’m using Roon via the ethernet bridge?

Is this art issue exacerbated by the fact I’m using Roon via the ethernet bridge?

I’m using Roon via the Bridge II and my cover art works. Now I tend to keep the display off. The display is really too small to view from my seating position. The times I turn on the display I see the Album art.

This may not be applicable to your problem, but I have the same issue with the system I use for non-critical listening. It reads my networked iMac content through an Apple TV device and routes it all through a Marantz A/V receiver. When playing play lists, I get album art on my television about 50% of the time. When I play specific albums, or individual tracks, the art shows up 100% of the time.

Just got my DirectStream less than a week ago, and I have a similar problem. Roon, Bridge II. Sometimes the art shows, sometimes it doesn’t. One thing that is consistent is that the art never shows if I turn on the display after the DAC has been playing for a long time (more than one or two tracks) with the display turned off (I’ve been burning the unit in since I got it). The art will usually show when the next track plays.

I’m glad you report some improvement with a newer SD card, @snafu. I’ll try that tonight!

FWIW, I am blown away by the sound of the DirectStream. When I’m playing music while doing stuff around the house, it will grab me and sit my ass down to listen. I feel like I have arrived at a long-coveted destination.

I swear album art has been a thorn in the side of users since the dawn of networked audio. Wish I could tell you why it sometimes displays and sometimes doesn’t. At one time I thought it had to do with rescaling large images or rescaling certain image aspect ratios. But alas every attempt at identifying root cause has failed. One thing I might suggest is trying different images you find on-line for the art that isn’t displaying. That has solved the problem on occassion but it is admittedly random hit or miss.

Fortunately for my sanity I use a Bryston BDA/BDP-3 stack and the BDP has a very simple display. Album art displays in the web control interface and I’m happy with that.

It was explained to me a while back and we have certainly tried to improve on it as much as possible, but essentially, the Bridge+display board will try and get the art to display for a certain amount of time. If it doesn’t successfully get processed within that window, it’s programmed to bail and not display it. Reason being is the process to get this downloaded from the web, saved to the card, then pulled by the display board takes a bit of computing power. If it doesn’t take too long then heck yeah, show the art. But if it’s getting held up, we’d rather the Bridge do what it does best.

But the album art is imbedded in the song file and/or in a file in the directory with the music (folder.jpg). Don’t think the bridge is getting it off the internet (it displays the specific folder.jpg image I put in the album directory). It’s always available in every file and directory on my system and it still has trouble when the file types change.

I’ll check with Matt to see if we can get a better explanation. It could be the SD card or it could be the size of the image. The path it has available for communication is slow and, as James says, if it doesn’t retrieve it or write it to the SD card in time
it won’;t display. But, that’s just a guess. Let me get you a better answer if I can.

Why not temporarily store the art in RAM so it can be displayed quickly?

Extra data point - logitech media server behaves exactly the same, sometimes yes, sometimes no, and seems independent of the presence or otherwise in the actual server folder. It’s the server that has to make it available if the art is local, but the streamer gets it if on the internet?
I had always assumed it is down to tags not exactly matching with some database somewhere…
I might try changing tags and see if that makes for repeatable behaviour…

It’s stored on the SD card. When working properly (most of the the time) it takes about 15 seconds to display. Fast enough for me. It’s the not working properly part that has bugged me for years (lots of previous posts).

Run a play list with different data rates (16/44.1 to 24/96) or change file types (FLAC to DSF), album art fails to load. It will usually fix itself after two consecutive songs with the same data rate and file type; however, sometimes only a re-boot will fix album art.

As I always say, it’s not that big of a deal, but it really should work properly! I’m likely to switch to a Sonore system in the near future. I will lose album art for good with that system.

Yes, but RAM could mean faster read/write times so it could be displayed much faster.

I sold my Bridge last year and bought a Sonore Signature Series Rendu. I2S into the Directstream from this source component sounds wonderful. Better than the Bridge.

Yeah @amsco15 , that’s the exact same experience I had.
In trying to figure this out, I wish I knew where the DirectStream bridge was trying to get the image from? Is it from Roon? Is it from the file itself? Is it trying to use the metadata and get it from the internet?

All of my files have the album art embedded, plus the traditional “folder.jpg” file in each sub-folder. This scheme works perfectly for all of my other far cheaper music devices. Quite surprised to run into this problem on such a high end device.

I supposed it would be an easy experiment to figure it out but I don’t want to experiment when the answer is irrelevant to me.

Where the Bridge pulls the art from is probably a factor, but that’s a whole 'nother mystery. Roon sometimes uses its own art from its analysis, and sometimes it uses the artwork embedded in the file or present in the folder. I doubt that the DS’s integration with Roon gives the DS direct access to the file/folder.

BTW, I’m playing a playlist, as I end up doing every Friday…my favs saved over years. Randomly played (I shuffle them regularly). A list of 1000s of songs at this point in my life.

My reason for posting is that the bridge never, ever makes it thought a Friday night playlist and doesn’t screw up the album art. All played using JRiver, mostly 16/44.1 FLAC, but a mix of hires, DSF. It has locked up again. All files with art embedded and a folder.jpg stored in the directory.