For the last few days, I have been playing around with @vmax newest tweak, a 3M 7050 RFI/EMI absorbent tuning ring. I have tried a 1.5” ring on PCs and I didn’t really hear much difference. Now I use a 3” long ring and the tuning ring works!

In my system the most improvement was made on Cullen Crossover2 pc connecting to BHK Pre, the music simply flows smoother with more energy, as if the musical notes gained 10% weight (in a good way). It made a similar improvement when I switched to a Purist Audio Colossus Rev. B PC. But, when I add rings to Stealth V10, Silnote Orion M1 Ref. and Zaffino OCC Silver Dart, the effect is smaller. in fact, too many rings may not necessarily be a good thing, I played mostly the DCC Elvis gold CD (which is better than my SACD copy btw) during these tests. When adding three or more rings to the system the music became too heavy, and Elvis sounded like he had a cold. My final try was to put a 3" long ring on the AQ Dragon, here it simply made the sound worse.

My conclusion is the ring would help in tuning for sure if it is placed in the right combination of the PC and gears. Two or more rings may help or may not depend on the systems too. The best location of the ring is closer to the male connector which is consistent with finding from vmax.

@Vmax
@dchang05
If you haven’t yet, you guys might be interested in considering a Schumann resonator.
Why it can work, it might have to do with the effect on the listener and the equipment both.
All electronics ever have been designed and constructed under the influence of the Earth’s field (and we’re all born under it too) so it’s natural that stabilizing its average frequency in the room can affect the performance of electronics and our nervous system too.
(This is why a 100% mu-metal coverage would not be a good idea in any case)

I use an Acoustic Revive RR-777 Ultra Low Frequency Pulse Generator together with a KingRex MK2 PSU. The thing it seems to affect the most is the soundstage which becomes fuller/more dimensional when it’s turned on. 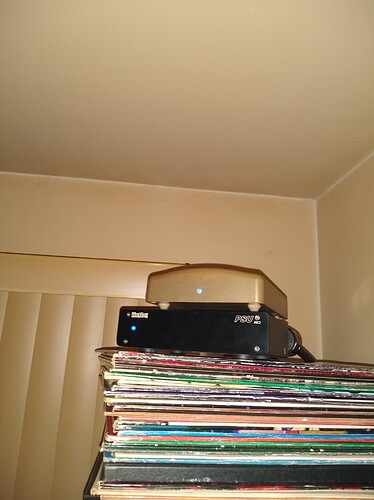 I appreciate your eagerness to try the tweak and sharing your results I have had lots of success using rings on the Whispers and the whisper Elite power cables. I actually found the Elite the AB7050HF tuning ring you can go from warm bass thick sound with strident highs nearer the female Iec to an articulated bass with more balance at one index finger from where the cable starts entering the backshell. The number of wraps and being snugged to cable changes sound more. My rings are two inches wide by 8.25 rectangle laying flat. the sheet then wrapped snuggly in a tight ring two to three times thickness of a single sheet. It is like having an infinite selection of power cords. I credit this tweak to @aangen stealth dream loan cable! My previous attempts at absorber on cable I tried wrapping the plugs. Moving it up and down the cable really was the enlightenment.

These come up a lot, often with your involvement. See, e.g.,

I understand these 7.83Hz generators were quite the rage about a decade ago. I’m curious if any of you have one or more and report long term advantage/still use and like it. Please share your impressions and thoughts and feelings. We and everything around us is resonant. It’s fundamental to the atoms that are matter. If we agree on this fact it reasons that an (sensitive) individual could sense ELF and/or the natural resonance being disrupted or made more normal. Curious

I know. I hold the opinion that Schumann resonance at 8.7Hz is a global average resulting from all planetary and the Sun’s electromagnetic activity. It isn’t a static phenomenon, it’s an average from a plethora of electric things happening. If you happen to be located at an area with strong activity, your local Schumann freq will be far from the global average. Go and listen to a high-end system near a magnetic pole. (“I might be wrong”, by Thomas Yorkeshire and The Radioheads) Now what about…

Do you think there might be significant effect on the mains grids around the globe caused by changes in the Earth’s average EM frequency (which is just the net Schumann resonance)? All that affects this are all the globe’s internal, atmospheric and the Sun’s EM effects at any given time. Now, mu-metal is an alloy that can be used to efficiently block such low frequency fields, so I wonder… A regenerator inside a thick mu-metal casing would be a near perfect solution that manages to block even …

Yes, and back then I was certainly wrong at the start in thinking it should be blocked - then came comments on the resonator devices and I had to realize it’s of course beneficial to have it, and even amplify it.
Now, I think that holding a steady resonance in the listening room will still be affected by local changes in the Earth’s Schumann resonances. If these devices monitored the local activity and compensated to keep it even in the room, might be even better. Possibly.

(Just noticed an abundance of “if”, “could”, “might”, “possibly”, “maybe”, etc, when perusing my writing… It is certainly a possibility that I might possibly be an idealist, if that’s the right word, could be.)

One of these days I may have get a Whisper to try. it seems the ring works well with it (them). Right now I do not plan to increase my abundant cable collection though.

I’m a user of the RR-888. Bought yo satisfy a curiosity, I’m now convinced of its merits. It has a very positive effect on bass texture and focus, as well as imparting a 3D realism to images. More tonal mass, as it were. Turning it off results in the image seeming hollow.

Trying to think of value in order to understand it, I think it’s worth more than the difference between Cardas Clear Light and Clear interconnects, for example. I can say that I think it has an equally convincing positive impact as the IsoAcoustics GAIA speaker feet, for less money. Different areas, of course.

It’s good to know the same benefits are there with headphones, too. Easily heard differences switch the 888 on and off, with LCDi4s and cheap Bose Bluetooth in-ears.

There’s an ease, elegance, depth, timbral richness and tonal intensity that is quite something. The easefulness in particular, the same kind of thing you get from moving from a MacBook to a proper streamer as source. Less hardness and “effort”.

It’s been lovely rearranging the thinking of sceptical friends.

It does well in depth of field. While my soundstage shows depth very well, the 888 shows that to be more the illusion of depth, as it gives better separation through maintaining spatial/ambient cues for instruments.
I’ve made a list of five tracks I use that easily demonstrate particular benefits of the 888. Some show depth, others denser images with better texture, still others more overtones to cymbals and trumpet.

Reminds me of this.

Acoustics Home Atmosphere Passive Low Frequencies FEQ Carbon Next stop, the Twilight Zone. Imagine listening to Charlie Parker at Birdland, then walk into Carnegie Hall and getting seated in the best seats in the house. This is possible when you add...

Thanks for the link – I will check it out.

Yep. Same general idea. However, my experiences with SR are slim to none, so I can’t speak to its efficacy. However, everything I’ve tried from Telos has been a winner.

Easily heard differences switch the 888 on and off, with LCDi4s and cheap Bose Bluetooth in-ears.

Now that makes this even more interesting, that it affects the performance of even Bluetooth in-ears. Well, why not. All electronics are affected - but what you said shows that the benefit is not at all to do with the system’s complexity. Of course, the benefit would most likely stack up the more components and parts there are in a signal path to be affected.
It would be a great study to measurably demonstrate which types of passive components like the Schumann frequency the most. If it has an effect on conductance/signal transmission directly, that would make it equally effective for all components…
Anyway, for some reason I have a gut feeling that coils and inductors and transformers like it a lot. Came through the Schumann field perhaps?

So my Whisper arrived today and it’s running from the wall. How long should I wait before I commit to impressions? I’ve made a lot of notes I’m happy to share, but should I wait until it’s been in situ fir a few days?
Mick 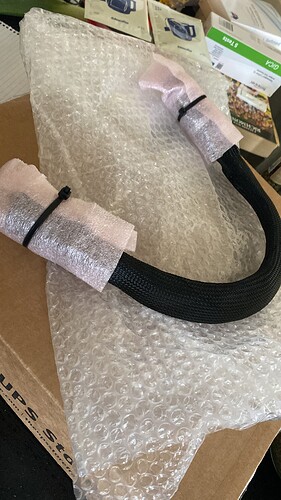 Impressions of the stages of burn-in are always interesting in their own right.

Yes, but Duncan did a burn in on it before he sent it to me.

Weeelll… What is left to change is that letting it be in place for a while might allow the grain tensions of the conductors to settle a bit.
Debatable.
But yes, someone noted on their silver cables, that moving them around always causes temporary changes in sound. Can’t see reasons other than grain tensions being altered.

Exactly! A cable’s charge changes once it’s left alone, but most of the change happens quickly, and increasingly slowly thereafter. Not debatable at all, as it’s quite measurable and (more importantly) audible. Say it loud and proud!

I always laugh when a reviewer says something like, “cables are a topic of controversy in the audiophile world”. No, they’re not! They’re not even a topic of debate, because that would imply reasoned argument and some kind of yielding of ground between sides. It’s pig headed argument, not debate. And why? Because too many Internet forum types refuse to acknowledge any grey area whatsoever. it has to be black and white or nothing. You k ow the types. Life is lived in the nuance! In the grey areas is where we find joy and wonder!

Anyway, the first listen with the Whisper is a bit if a revelation, honestly. Yowza!

Exactly! A cable’s charge changes once it’s left alone, but most of the change happens quickly, and increasingly slowly thereafter.

Would this imply rather the dielectrics settling than grain tensions?
Most likely both.

I’ve absolutely no idea about grain tension. Is that related to electrical charge?

And a quick Google led me to lots of results about conductivity and grain boundaries. I’ll start reading. And I’ll start here: