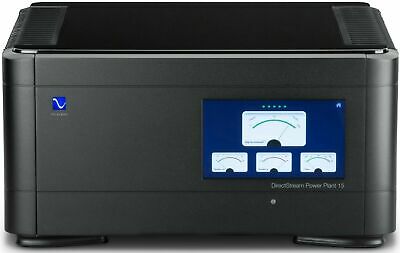 Once these are gone they go back to Market price! 15 amp AC input US. 120 volt regulated US. Field upgradable. 100% regenerated AC. 10 outlets US. Integrated oscilloscope. Pure Sine Wave.

It’s his personal unit and he had several at one time. He’s been buying and selling on A’gon for years. He probably bought them from Steve at High Performance Stereo in Miami. He is a constant “gear flipper.”

I appreciate the response.

It’s a killer deal…he’s gonna lose alot of money at that price - I’m sure it will sell fast.

If he bought it from High Performance while Steve, who is local to him, had them in stock that is probably close to what he payed.

Don’t know but if he did buy it local he paid 7% plus in sales tax and not everybody wants to ship gear back to Boulder.

Thats a good point, I didn’t think about dealer pricing.

I don’t think dealers were re-selling with no mark-up so what a large PSA dealer like Steve or Walter paid in bulk is not relevant to what he actually paid. What you paid them was based on their stock or lack of and if you were a returning customer and I bought from both of them. And if you were in Florida like the seller you paid sales tax and shipping unless you lived in driving distance. In the current market if you don’t want to send gear back to Boulder on your dime it is a fair price. If the market does’t think so it will be lowered.

I have purchased from the seller before. It’s legit.

Most of the scams from eBay are high end cables like top line from China, Nordost Odin, Audioquest Wel Signature, Siltech Double Crown, Kharma Exquisite , XLO Signature, etc… that list for $10k + selling for a few hundred dollars. They do look pretty real too. Too bad they couldn’t imitate the sound too. There’s even fake PS Audio power cords from China that looks pretty close to the real thing at a much cheaper price. I’ve seen eBay sell Dartzeel NHB 108 power amp for $700, but you can tell because they look crude. Same gold and red painted though. Almost all the stuff comes from China.

Thats scary, i kinda want to open up all stereo equipment i buy on ebay now…or send it to the manufacturer for servicing to make sure they are legit.

Many have done that. There were many that sent in Audioquest cables from eBay to find out the cables were fake, but Audioquest does not return the fake cable if it determine it is fake so you will be out of a cable.

I am honestly surprised that $5,300 could rise to the “scam alert” level. During the Great Fire Sale of September (shortly before PS Audio went direct), I was offered by a dealer for 50% off the MSRP, which would make it $3,750 though I ended up buying a different gear from them.

If you go to eBay and look up Dartzeel right now, you will find these amps still on sale plus parts for this amp also.
I wouldn’t worry too much on other countries selling equipments that are fake though. It cost too much to get the tooling and parts to make it look exact to be profitable. Only China has these tools and parts since they also make the real thing for these top brand companies.