Fun with "Needle Drops" from Vinyl to CD-R

Well I’m getting bored once again and thought I’d try creating some so called “needle drops” from my collection and record directly to CD-R using the Tascam device shown below. Early days and getting used to making recordings again (it’s been a very long time since I made a cassette tape from LP which was all we had for car playback in the dark ages). Anyway initial impressions of the CDs made and played back on my Jay’s transport are very encouraging despite the “pro-audio” relatively low cost of the Tascam. It’s very easy to use and doesn’t involve a PC (yeah!).

Motivation is at least two-fold. I want to preserve my precious vinyl and want to completely eliminate acoustic feedback especially with sustained low bass causing runaway positive feedback. When you really want to crank the volume vinyl is not ideal unless you locate your TT in another room or suspend from fishing line! 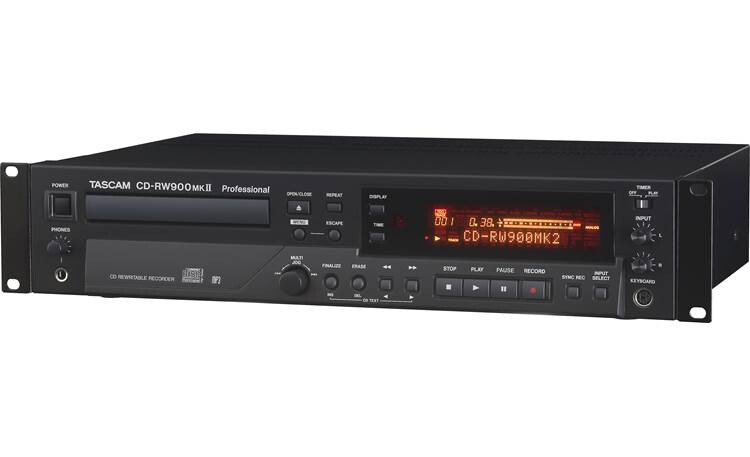 It is fun to transcribe our records. I have used a stand alone unit like yours in the past but much prefer the results I get using Vinyl Studio and my Nuwave Phono Converter to those. The advantage is the software allows you to clean up any ticks and pops without affecting the sound quality. My recordings are 24 bit 96khz and the software formats it for CD. You can either apply the corrections or use the raw recording. It is also nice to get very precise track splits which is something that is hard to do with a CD burner stand alone unit. I have made many disks which those I have played them for always say that could not have come from a record.

I too have a Tascam recorder. I have made a few funk CDs for my son to play in his car. Played through the Tascam and a Musical Surroundings DAC they do not sound nearly as good as the vinyl, and I am thinking of a dedicated CD player, maybe a Bryston. Except for CD playback, I have no use for a DAC.

Have you tried playing your CDs through the Tascam? If so, how noticeable was the improvement playing through the Jays transport? I’m thinking of putting albums my wife likes on CD. Sometimes she’s intimidated by the turntable.

I have not tried using the Tascam as a CD player. May get to that at some point, but really wanted a simple way to capture the LP to a CD and then see how good it sounds played back on the Jay’s transport. Haven’t done much listening yet. Still recording a wide array of stuff to compare and will report back after the holiday weekend.

I’ve read reports that the Tascam is not a very good player if ultimate sound quality is your goal. Probably the main limitation with the Tascam is the built-in A/D converter for my intended purpose. If the listening tests are mixed I may look for a higher quality outboard A/D and feed the Tascam a digital signal instead.

Thanks for the reply.

I am playing through a DAC that’s certainly a tier below my cartridge. The CD doesn’t have the pop or shimmer of the vinyl. I’ll play around with the input volume setting, and recording closer to the red OVER indicator. I moved it up some from the initial setting.

It does take me back to making cassette mix tapes in the early 80s. Reminded of old girlfriends.

I am with @sixpack1 on this one. Vinyl Studio (with the Nuwave Phono) allows you to make an excellent recording at high bit rates. I normally choose 24/96 but higher is available. The you can make non-destructive edits of the recording. You can move the start and end points of each track, remove clicks and pops. There are many fine tools available. It then allows you to write the edited tracks to files. You could then burn to CD or DVD. I just use the 24/96 files as is. The nice thing is you never alter the original recording so you can try this and that and learn by doing.
I do think the Nuwave phono stage is a tad dark sounding. But the recordings are wonderful.

I think it’s brave that you burn to CD in one move. I like the idea. But vinyl deserves better than 16/44.1 in my opinion.

I do prefer to just play the LP. But it’s nice to have backups.