Please be safe in Boulder, CO

Better pick an off-ramp. That argument is not winnable long-term. You can hope it is, and it has worked so far, admittedly. But it will not continue to work. It’s a matter of time. Too much widespread support for sensible gun change. Matter of time.

If you don’t pick an off-ramp like the easy exit I floated, you might not like where the road ends because many propose much more sweeping things than the two I mentioned (and you know what I meant with what I mentioned, technicalities aside).

FWIW, I’m not for anything more than I mentioned either. But many are, and as momentum builds, that off-ramp back in the rearview might look pretty good

It seems to me that as long as there is big money/profit or political power to benefit those interested in selfish riches, there will be no change. They will fight to keep things the way they are. Unfortunately those that profit the most are usually somehow insulated from this violence and chaos. Maybe if these politicians and profiteers were somehow victims of this madness then there would be some common sense changes. I am not suggesting that any harm should come to these people. But from my experience and observation of human beings, it seems like the only time common sense wins over greed, it’s when the person experiences something terrible as a result of that greed. As was said earlier, if mass killings of first graders, school children and people praying in church for a better world isn’t enough. Then I don’t know what is. Best wishes to all.

not sure anything much changed post Floyd (for example).
we’ve been here before, a lot of well meant protest happen, some make promises, some claim there is no problem.
the “cause”/protests are subverted, and then the world carries on as before.
we have been here before.
i would like to be wrong.

That’s all nice but then it sounds like you’re ok with the fact we have the highest rate of gun violence in the world. More than every other country on the planet combined.

Is there not something that suggests to you there’s something wrong with that? That every other civilized country that has banned weapons is safer to live in than we are by multiple magnitudes?

What is it about us that we can accept daily shootings as normal? That we blame it on mental instability. Well of course it’s mental instability! You don’t need a rocket scientist or a politician to explain that bit. The question we must all ask ourselves is are we ok with a society where mentally unstable people have access to weapons?

It is in my view unacceptable to lay blame on anything other than the society that seems to value gun rights over safety rights. If it isn’t obvious yet that we cannot keep 393 million guns out of the hands of mentally unstable people, nor can we predict who’s going to become unstable, then there’s little hope for feeling safe.

And no, more guns is not the answer. Nor is arming teachers, clergy, grocery store workers. Then we’d really have the Wild West.

In any case, I have said my peace. Be safe. It’s hard when it hits home. A painful reminder of just some of our country’s many problems.

Floyd happened in my backyard, so I’m probably more attuned to it than if it had happened across the country. It is undeniable that the incident began a worldwide recognition and appreciation for the inequality issues that similar incidents (go down the list) had previously not, and resulted in a coming together of people from across so many different backgrounds in support of change.

I think it irrevocably changed a lot of thinking, at least I hope so.

What you are suggesting may pass through Congress today and provide a political victory lap for some, but will not provide any solace to future families of victims. I wish there was a magic answer, but I have not heard one yet.

The fundamental problem is we view violence as a solution to problems and disagreements. We even enjoy violence as entertainment in movies, video games, etc.

No magic. No perfection. Only improvement.

But it’s a better world with the vaccines than without.

Okay, by now I’ve probably managed to piss off everyone so really gonna try to exit

As I see it, we have the ability to at least work towards a solution that will improve the situation. It is not ok to say we have tried this or that and there is nothing we can do that will prevent it from happening. If we the people and the politicians decide that this madness is unacceptable then there can be a change. We need to demand that politicians come together and put forward a plan of action to improve the situation. It can be done if we are serious enough and care enough. Does the will and determination exist? Is there enough love? I believe we the people and the politicians have the intelligence to improve the situation. Spread love, understanding and acceptance. Denounce hate!

There are a number of countries that have extensive firearm ownership, yet they don’t have the magnitude of these issues (Israel comes to mind). Why is that, what is it about the USA, and no, it’s not the number of firearms. Be honest. We have no idea what the motivation was of Ahmad Al Aliwi Alissa. Background checks? That has not been a factor in any of they shootings we have read about; it’s a solution to a problem that doesn’t exist. Mental health exam? Again, not a factor (just the latest left wing roadblock to firearm ownership).

One thing that was posted in this thread that wasn’t factual. Never in the history of this country has there been a federal prohibition against law abiding adults from owning fully automatic firearms. Here I am with my daughter when she was 13. Now in her last semester of law school. 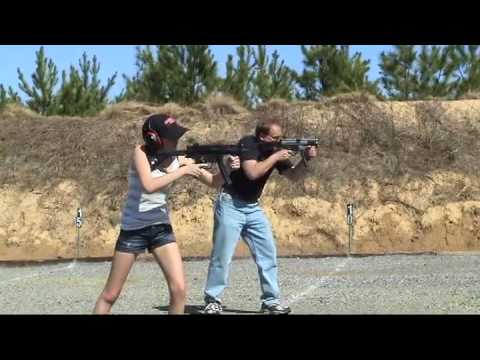 Thankful your inner community was not involved, saddened for your larger community. Sending peaceful hopes from your northern neighbor.

There are a number of countries that have extensive firearm ownership, yet they don’t have the magnitude of these issues . . .

And on the flip side, we have cities such as Chicago with extensive firearm restrictions which have tremendous problems.

Consider also, 50 years ago millions of firearms were privately owned in the States with little to no problem. If guns themselves were the problem, we would all be long dead.

Regulations do not and will not solve the problem. Guns themselves are not the source of the problem.

It is instead a cultural issue, making it even more difficult to solve.

This is real data, better than the City of Chicago’s own data by a lot. Likely run by current and/or ex CPD.

I have a friend who is a retired Army Colonel. He was an active soldier, not a desk guy, he actively handled weapons. He once told me he felt safer during the five weeks he spent fighting in Fallujah, than the one night he spent in Baltimore.

A sobering site, but a lot of information.

I’ve spent a huge amount of time in Israel and when I stayed with my uncle as a kid there was a loaded Bren gun under my bed. There is widespread possession of military firearms, for the purpose of protecting the community as a whole from external threats. That is very different from owning a firearm hoping it provides some personal protection.

I agree with @elk that it is a cultural issue and am glad that I live in a culture where guns are not an issue, are never seen in public and even the police generally do not carry firearms. 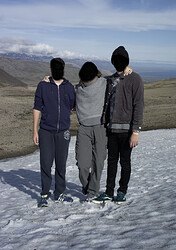 Just more than a year later we had the Firearms (Amendment) Act 1988 - making registration mandatory for owning shotguns and banning semi-automatic and pump-action weapons. Most guns were owned for sport or farming (pest control) and even some of those were banned. Penalties for illegal ownership are severe.

Gun crime actually increased for a few years, but after 15 years it had reduced by 90%.

It should be remembered that for every victim of gun homicide in the USA, almost two people commit gun suicide. An uncle of mine from Ohio had not touched a gun for 60 years, then bought one and blew his brains out. Laws are designed as much to protect us from ourselves as from others.