I already have several solutions for travel music. So I have no immediate need for traveling Roon. I would very much enjoy accessing Roon on my phone to find recent additions to my library and look up favorites and playlists. But allowing my NAS to be accessed by a 3rd party app over the internet sounds foolish at best. It could work. But the first person to suffer from someone accessing and destroying their music collection via Roon ARC won’t be me.

well, i’m a curious cat so I set it up. After some headaches with getting my modem into bridge mode, I got it sorted. Set up port forwarding, and we’ll see how it works.

On your phone, Roon ARC is a totally separate app from Roon Remote, but y’all probably knew that.

As far as a bad actor accessing/destroying my music collection, well, i have it backed up in several places, so that doesn’t worry me too too much.

(I rip CDs to one location, then use Carbon Copy Cloner to update the location that roon accesses. If the roon location got wiped, it would just get rebuilt the next day.)

I guess it’ll be interesting to see how it works in the car. I have an SD card with 320k mp3s, which I have to update regularly. Not having to update that will be nice.

I’m a sucker, i guess

I was at lunch with a friend and he asked me a question about my brother’s band from years ago. I was able to access a track off my music server to play for him from the restaurant. Worked like a charm!

I am assuming I would have to find a way to leave my iMac on and active while away for this to work.

My Roon Core and most of my music is stored on the iMac. The rest of my library is on a NAS connected to my home network.

So, DO I have to figure out a way to have iMac on all of the time?

Setting Sleep to Never in Mac OS will keep it running.

Display sleep is an independent setting if desired. When display is asleep, mouse-click or keyboard press will wake the display.

yep, always on. My core is on a mac mini, and I always leave it on and ready to go.

I don’t think I have ever been able to keep the iMac from shutting down - even with the setting at “never”.

What version of Mac OS are you running? The Power settings UX vary slightly.

I just want to plug Andrew at Small Green Computer. Two hours after Roon announcement he had complete instructions to all his customers how to do the upgrade to avoid any struggles if you had one of his sonic transporters. Just wondering what other streamer companies offered such unsolicited support. I read roon help forums and it is a sea of struggling. 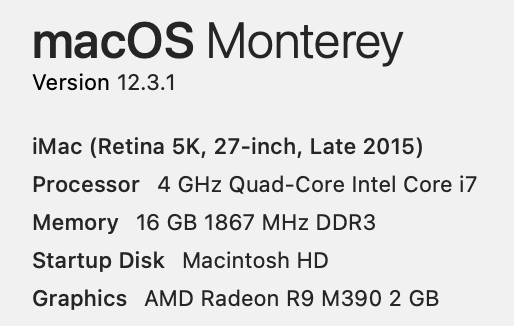 ARC is a bust for me. I use my ISP’s modem in bridge mode. as it’s a POS at doing any of it’s functions as designed. Apparently this configuration will block ARC from functioning correctly as you can’t open ports on the modem in bridge mode. To my knowledge this is a common set up for many people.

There must still be a way to do it. Like you, I have my modem in bridge mode and use a separate router. I’m running my Roon Core on a Nucleus and when I updated the Roon Core to 2.0, it automatically configured the access for ARC. I was able to access my collection yesterday when I tested out ARC while driving around. So far, it seems to work without any issues.

My favorite feature using ARC is adding albums to my Roon library as I see (often on this site) and hear music suggestions through the day. I know I could do it through the Qobuz app directly but it feels more natural using ARC. Nice product.

This is actually a good thing. The port forwarding you’ll set-up on your own router. It should still work.

I’ll try to figure this out when I have some time. That gives me hope

Kudos to Roon, I just hooked up Roon ARC to my 2015 Lexus RX350 via my iPhone. I am elated with the sound quality - the bass is deep, accurate and clear. The overall sound is very musical with nice highs and very good mids. Well, that was just playing in my garage; I will be traveling next week and am looking forward to taking ALL my music with me. This free upgrade warms my heart.

Dare ya to say that on the roon site

Holding off as I’m not convinced I want to open ports and whatnot.

I mentioned this in the Roon Five thread… not sure I need remote access to EVERYTHING.

I’m not going with Roon 2.0 either, for those reasons. I am not compromising my network for a feature I won’t even use. That and like you say, I have zero desire to take my collection with me. For one of my cars, I have an SD card filled with lossless music. For anything else, I can stream Qobuz, and if it’s something they don’t have, I can wait a couple of days or weeks before I really need to hear it again. Since I don’t stream over mobile data, I sometimes load up a phone or tablet with offline music while I’m at home, using Qobuz, for something I want to hear that day.

But allowing my NAS to be accessed by a 3rd party app over the internet sounds foolish at best. It could work. But the first person to suffer from someone accessing and destroying their music collection via Roon ARC won’t be me.

It’s not so much hackers trying to get into the Roon Core, it’s hackers getting into the network, period, and finding something they can load a remote bot script on and run at their command, or try to extort money from us by encrypting all of the files so we can’t access them until we pay them a ransom. Random mischief (destruction of a person’s music library) is furthest from their mind unless, again, they encrypt all the music files to make us pay ransom.

I’ve spent a lot of time securing my network (and I will say that my setup goes beyond consumer-grade networking hardware–some of what I configure only can be accomplished via a command line on the router, for instance), and I’m not about to poke holes in it just to allow some ill-conceived software to function properly. And putting it on its own VLAN kind of defeats the purpose of using Roon as a central playback mechanism within my network, unless I use some really convoluted routes that only complicate matters.

I posted my thoughts re: Roon’s 2.0 “upgrade” elsewhere, and I’ll repost here. Saves me typing it all out again.

We shouldn’t have to be tethered to the Internet–we own our music on our server(s), we own the network within our own four walls, and now Roon essentially is saying we can’t access any of it without a 24/7/365 Internet connection. Think of all the times we’ve all had Internet issues–network outages, power outages in the neighborhood, failed equipment through the provider, poor DNS server performance…any of those could cause Roon to malfunction now. If Roon has to “phone home” once a day or week to check license status, that’s fine.

Since so many users complained about resource usage (I never had that problem, even with limited resources), Roon made the misguided decision to move some of Roon Core’s processing to the cloud. Meaning, we now have data going back and forth between our network and Roon’s servers. That is why it is now requiring 24/7/365 Internet connectivity, and why some users now report less resource usage on their computers running Roon Core.

Roon also appears to think that all of their subscribers have unlimited 1-gig fiber Internet service to their homes, and unlimited, perfect 5G reception outside the home. They didn’t account for the fact that 1) some providers now have data caps, and regular usage of ARC (especially for high-res) will eat up that data in no time, and 2) not everyone has a fast outbound connection–even if it could support one outbound stream, it will handicap latency for anyone else trying to use the Internet. (My current provider’s lowest priced Internet tier has only a 5Mbps outbound speed.)

Roon’s “solution” is telling us to stay on the legacy" version of 1.8. So in other words, we’re stuck using outdated (most likely unsupported in the future) software from here on out. And I can’t find a way to turn off their nag pop-up to update. All it takes is one wrong click or tap and my Roon will be updated to 2.0.

So…yeah, not thrilled with 2.0’s “always on” Internet demands, yet there’s no other software I’ve tried that can do what Roon does. I have long thought they need a Roon Lite version–lose all the extras some of us probably never use, and just give us the basic ability to stream from a library or Qobuz.

A few things…
I assume you have UPnP disabled or its simply non-existent on your network? Then install 2.0 and your risk doesn’t change from 1.8.

If you want Roon to stop trying to configure UPnP port reservation then go Settings → Roon ARC and set the port to: 0

Setting to 0 disables the UPnP requests (Danny explained this yesterday).

Why? This is the perfect reason to isolate Roon and endpoints. I have Roon on its own VLAN where all the endpoints live. Remotes can access from 2 different networks (the “Roon network” and a network utilizing 802.1x). This also keeps all the silly amount of broadcast traffic Roon generates on its own network.