As a follow-up to a post by serhan, I am initiating a thread dedicated to all things jazz with its primary focus on jazz you are listening to and your comments regarding the listening experience. I must say the thread title is not of my own doing but of friends who have a weekly, (Thursdays 2-5pm) radio program dedicated to Jazz, entitled Strictly Jazz Sounds. They are rather shy so I won’t name them here, but they do provide for incredible jazz on a community radio station, WORT-89.9FM.

What I am hoping for with this thread, and the PS Audio Community’s support is a place to share our jazz listening experience. Tell us what you are listening to and share your impressions of that listening experience. The conversation is as important, or maybe more important, than sharing the title or album cover alone.The intent would be to share new jazz releases, performances that are more obscure, and those performances one is passionate about. Discussion regarding each performance is strongly encouraged.

Jazz is an interesting category and it means many things to different ears. As this thread progresses we can discuss that aspect as well.

I’d like to kick this thread off with Sonny Stitt’s Tune-Up!.
The Sonny Stitt album I am sharing is a little less known number entitled Tune-up! released as Cobblestone CST 9013, and reissued on the more familiar Muse label, MR 5334. Players in addition to Sonny (as,ts), Barry Harris (p), Sam Jones (b), and Alan Dawson (dr). have had an affinity for Sonny Stitt for a long time, especially for his carrying forward the tradition of Charlie Parker’s be-bop and building on that tradition.

With that, Mr Sonny Stitt and Tune-up! 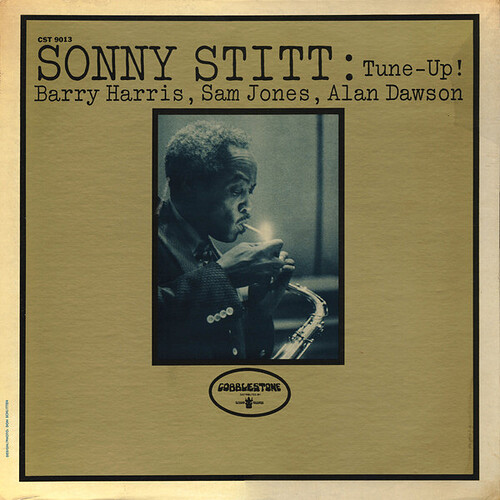 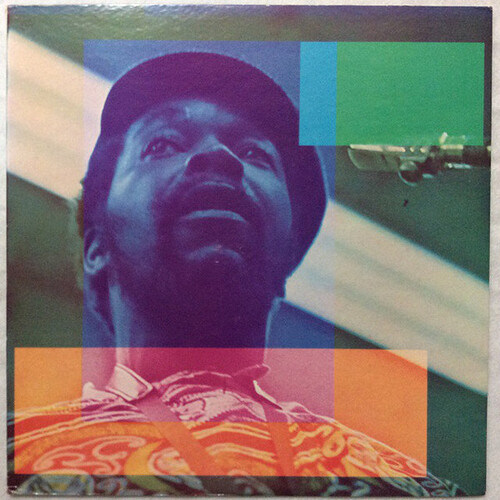 Marzette and Company-esp-disk 1044 re-issue. A rather rare release from 1966 in a Free Jazz mode. The original recording is from December, 1966. There is currently an effort to re-issue some of the more obscure esp-disks from the 1960’s on vinyl. The product quality is remarkable, considering many esp-disk reissues in the past have been questionable, to say the least.
Marzette and company features Marzette Watts on baritone clarinet, tenor sax, and soprano sax, Henry Grimes (b), Sonny Sharrock (g), Karl Berger (vibes), J.C. Moses (dr), Juney Booth (b), Clifford Thorton (trombone, coronet), Byrad Lancaster (as, fl,cl).
Some pretty strong Free Jazz, more nuanced than the New Thing, typical of the New York Free Jazz Scene of the '60’s.
Finding it may be tricky, streams are not available on Tidal, and the LP sold out as a pre-order. It is available for streaming on BandCamp.

A good hint for those who don’t know this great Balkan bassist yet and who like great sounding solo bass performances with fantastic music aside of the usual straight or fusion genre. Rather world music, but sophisticated.

Try track 2 of the first and track 7 of the second one as entry. 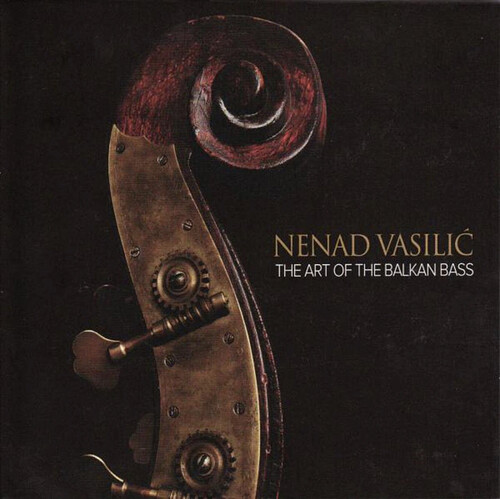 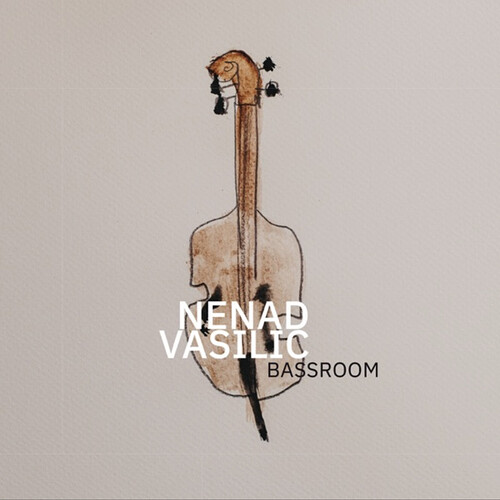 If you then licked blood and are ready for a stronger folkloric flavor, try those group albums, too, which are the better ones out of his catalog. 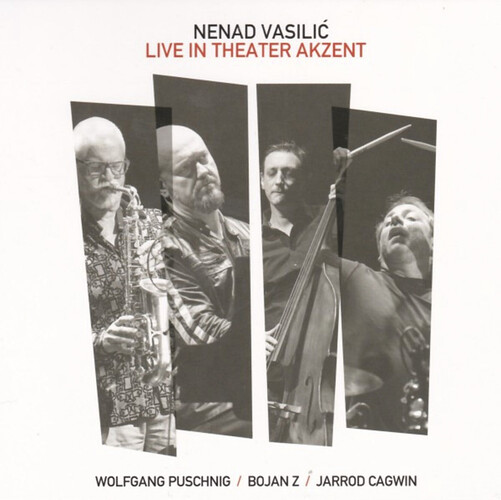 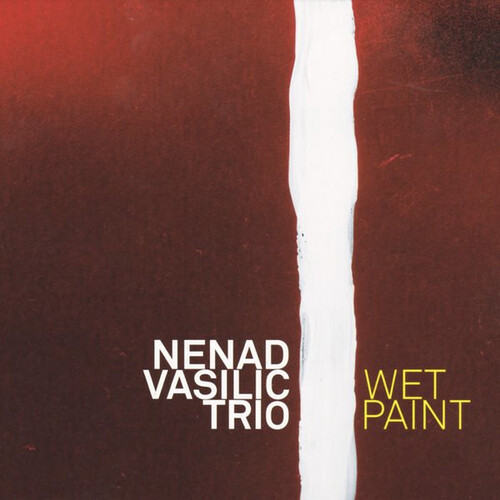 I never listened to jazz much until I was in architecture school in Milwaukee in 1976-1978, when I was exposed to the legendary DJ Ron Cuzner from midnight to 6 AM on WFMR. One of his broadcasts led me to buy what is still one of my favorite jazz LPs, coincidentally by Sonny Stitt: 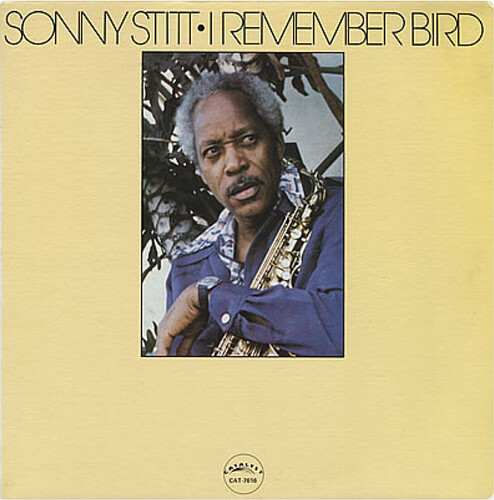 @jazznut-Thanks for sharing the Nenad Vasilic. I have a soft spot for solid virtuoso double bass. Dove right in on tidal for Vranjanka as suggested. It immediately reminded me of a piece Glenn Moore, of Oregon, did entitled Hawaiian Shuffle from the LP Introducing. I did follow-up with New Bass Song from Bass Room. Both Albums have been added to my cue for future listening. Keep the suggestions coming. 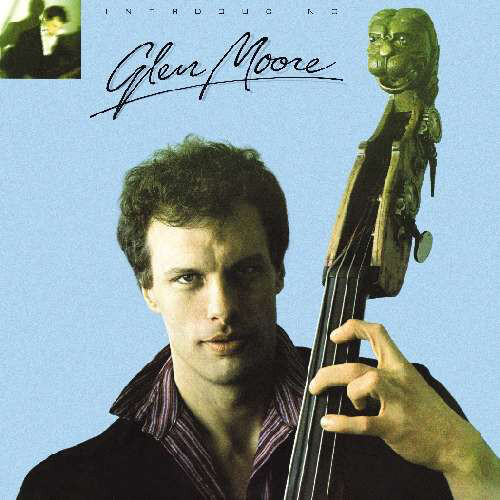 Have you been holding out. I know you have great taste in jazz!

Another gem from Sonny Stitt. I played this earlier today, Lonson got me started on this Stitt kick, and is another strong offering from Sonny with a reference to Charlie Parker.! 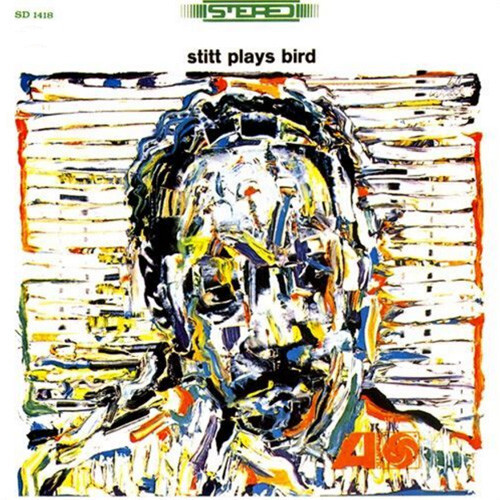 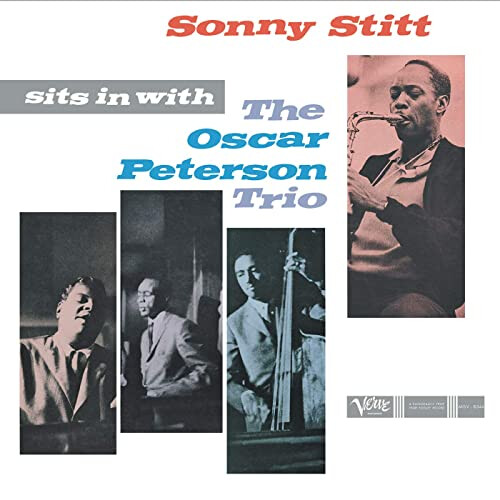 Jazz is an interesting category and it means many things to different ears. As this thread progresses we can discuss that aspect as well.

Amen to that. I can see already a part of this thread being devoted to what got us turned onto it in the first place. It wasn’t radio for me and technically I suppose the genre is a cross-over: world music-jazz. It was Oregon. And as was often the case for me as a young sprout living in a town with the Tower Records #1 flagship store (Sacramento), my allowance money was typically spent flipping through the record bins with nothing in mind specifically. Just serendipity, something that looked different and cool. This album isn’t rare, but what I heard rocked my musical world: 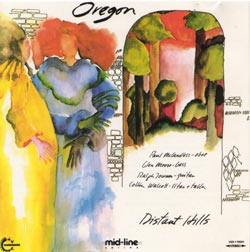 Glen Moore, Paul McCandless, Ralph Towner, Collin Walcott were doing things with a mind blowing combination of instruments I had never heard, or even imagined, before. Of course, every one of these guys was an absolutely world class Jazz musician in his own right. All I can say is after that I dove head first into the Jazz section at Tower Records buying pretty much as many albums as I could afford at random to taste the huge range of musical style ‘Jazz’ encompasses.

A recording I enjoy a great deal. I have not seen this cover in quite a while. 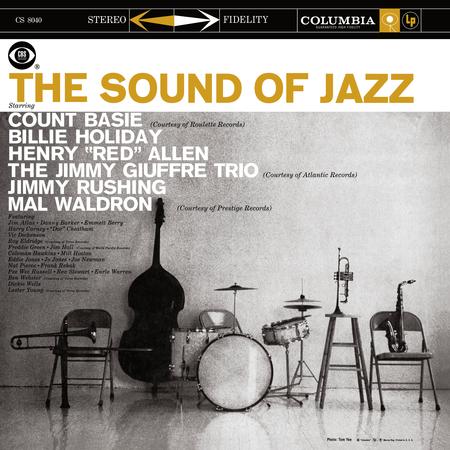 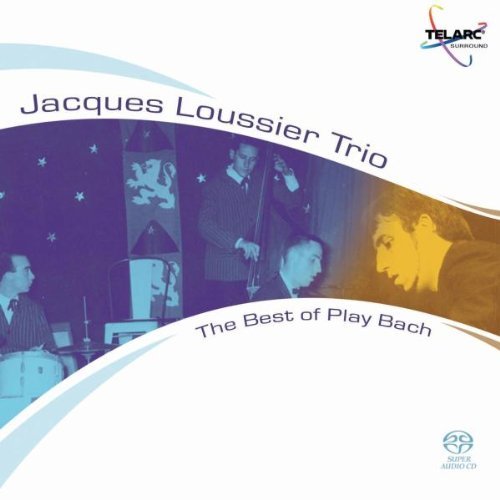 Thank you @weedeewop and @Elk for supporting the idea of a dedicated serious Jazz thread. It was worth the wait and definitely well received

Soul Gestures in Southern Blue, a trilogy of albums by Wynton Marsalis released in the early 1990’s, is music I deeply cherish.

I remember buying all three CDs when they released (during college) and I’m not sure I listened to anything else for weeks. I still listen to this music, always as a trilogy in order, and love it more each time

If you are a Qobuz subscriber, I put the trilogy into a playlist 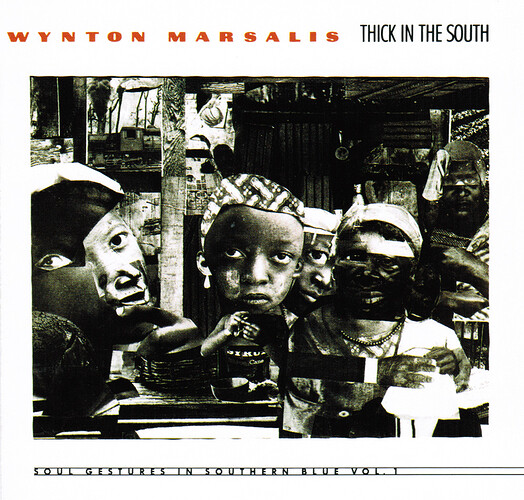 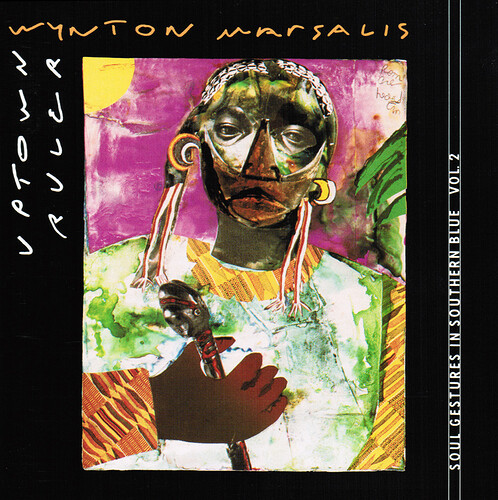 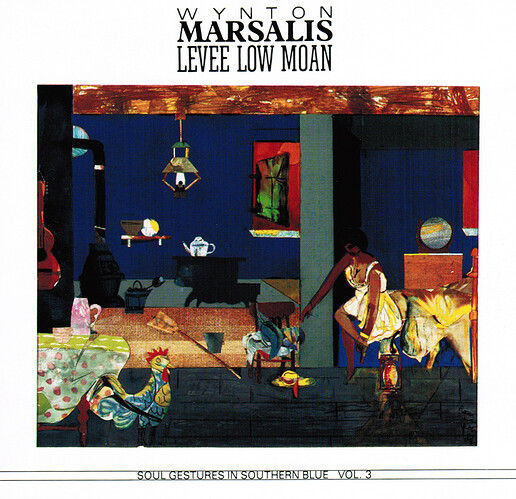 A gifted, versatile musician. Saw him perform the Haydn Trumpet Concerto at Avery Fisher Hall & some years later at Alice Tully Hall in a Jazz at Lincoln Center concert with an all star cast which included trumpet greats Clark Terry & Doc Cheatham.

The Marsalis family are very interesting. Branford and Wynton have classical performances. 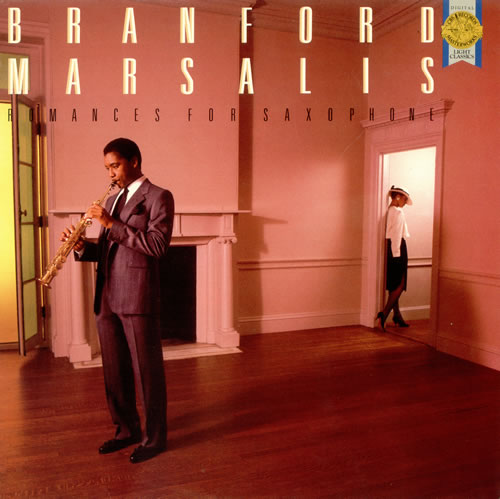 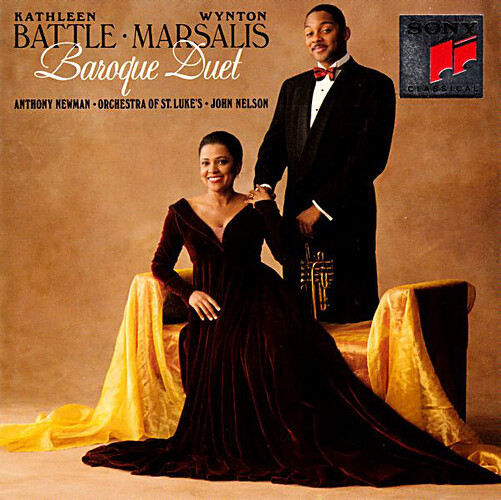 image600×598 99.7 KB
Wynton composed a violin concerto that was premiered by Nicola Benedetti with the Philadelphia Orchestra. 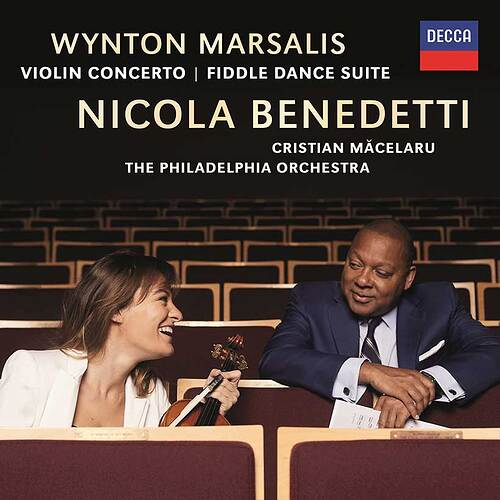 image820×820 64.7 KB
I enjoy Wynton and Branford perform with their father, the late venerable Ellis Marsalis. Their harmony and musicality always wows me. 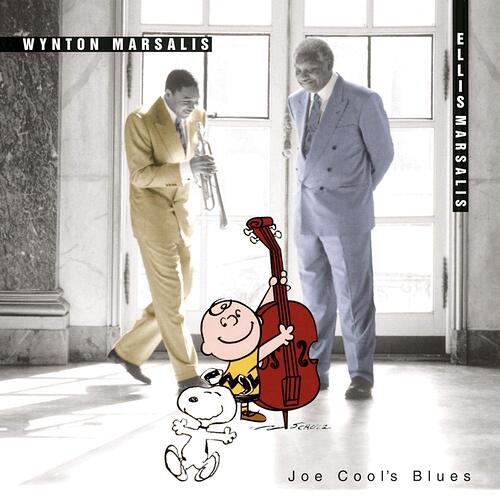 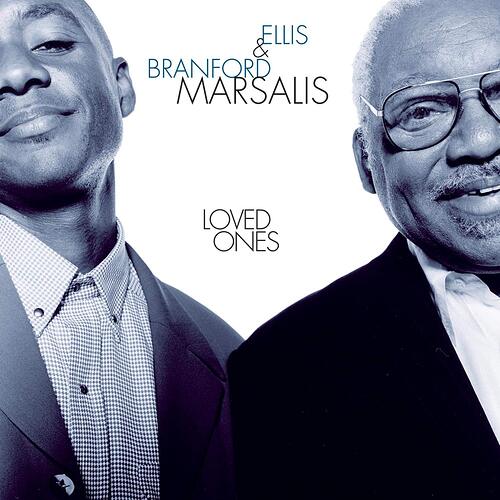 Oh boy, another thread . . . . I’m overloaded on my internet posting. I started a thread like this years ago on the Hoffman board that has become my main internet posting place, any new input is welcome there!

Listenin' to Jazz and Conversation

I thought I'd start a new thread and see if there is any interest in continuing it amongst other jazz listeners here. There's the Jazz Beat, but you...

Ellis Marsalis Jr. - Wikipedia
He had six children. They include three Jazz musicians as well as a poet and a photographer! He taught at the New Orleans Center for Creative Arts. His students included trumpeter Terence Blanchard, singer, pianist and composer Harry Connick Jr., trumpeter and band leader Donald Harrison, trumpeter Marlon Jordan, and Grammy Award winner trumpeter and multi-instrumentalist Nicholas Payton. He had a long musical career, but moved to prominence about the same time as his sons